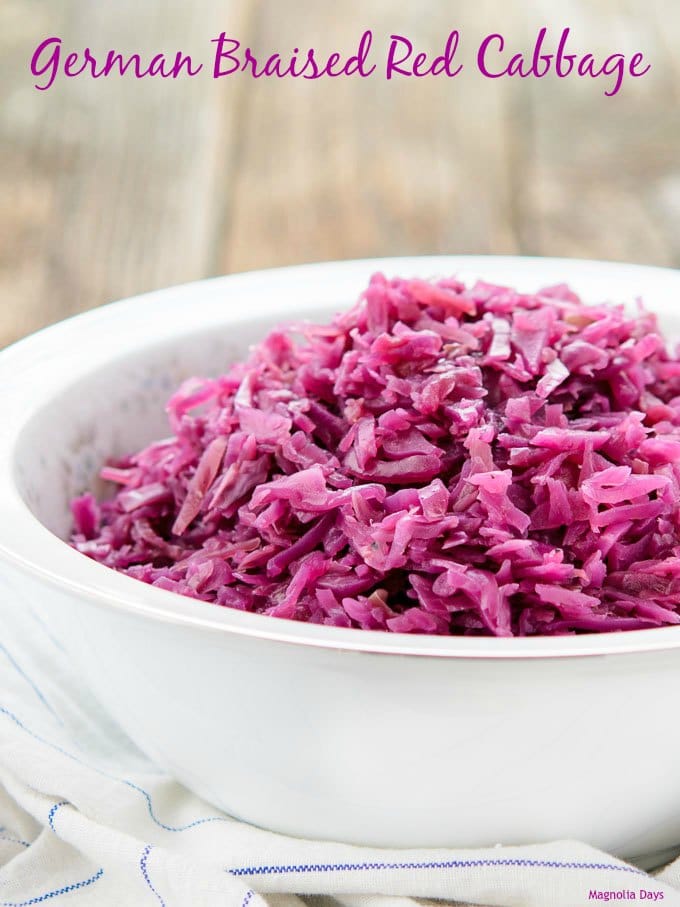 A New Year begins. I’m still trying to figure out what happened to last year. The days raced by in what seems like a blur. The saying goes “time flies when you are having fun” and I certainly had a lot of fun. I was an organizer of and speaker at two successful conferences; WordCamp Atlanta and the Food and Wine Conference. It was a sheer delight in being a part of the Sunday Supper Movement as it grew by leaps and bounds. There were great trips for both business and pleasure. On those trips I discovered new food and enjoyed one I didn’t care for before. German Braised Red Cabbage won over my taste buds while I was in Germany in October.

My tastes keep evolving or changing. The rate of change is getting faster too. Take German braised red cabbage as an example. I tried it in Germany in 2012 and didn’t care for it. I tried it a few times since and it simply didn’t strike my fancy. Then, for whatever crazy reason, on this last trip I couldn’t get enough of it. I knew I would have to make it and soon. 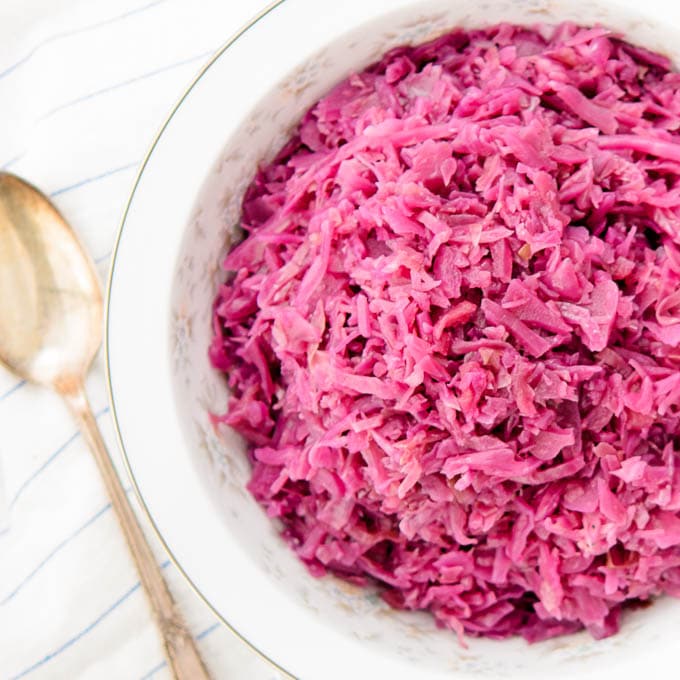 The recipe is from my mom. I believe she got it from my aunt. My mom had included it in the binder full of recipes she gave me years ago. I adjusted it slightly by adding a little more vinegar and using less sugar. I prefer it with a bit more tang and less sweet. Plus the apple I used was a red delicious which brings its own sweetness to the dish. 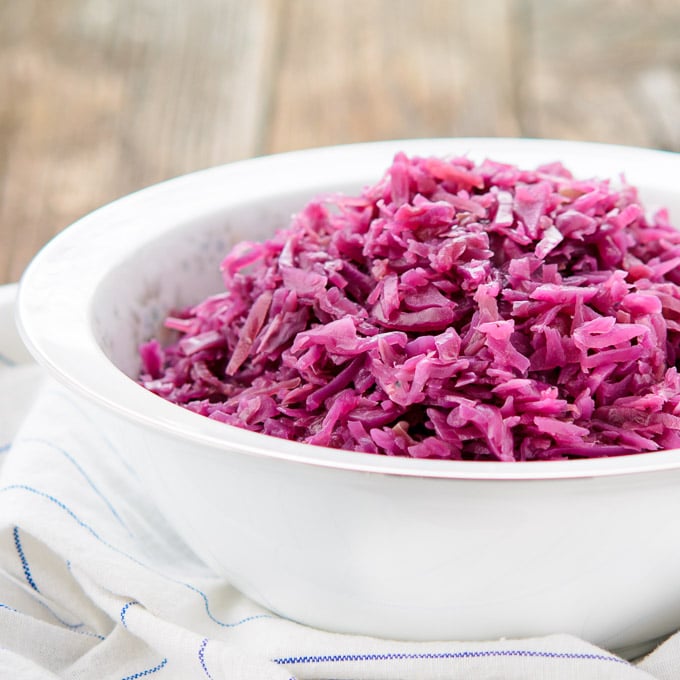 Making German braised red cabbage is easy. All you have to do is shred, chop, pour, stir, and simmer. It all goes in the pot and cooks for an hour and a half. I used my food processor to shred the cabbage and chop the onion which made those steps easier. 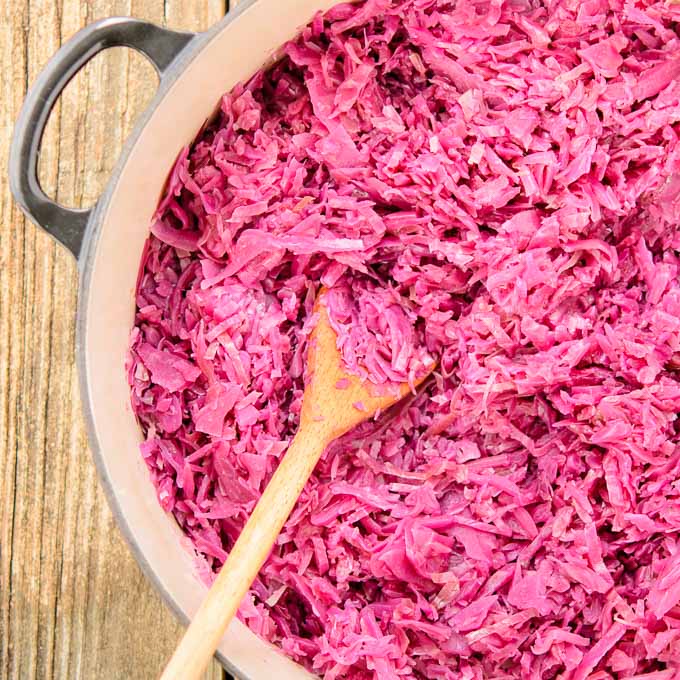 What was the biggest fun you had in 2014? Is there a certain food that stood above the rest? There are way too many for me to pick one. Although based on the number of views, my top five 2014 recipes were Slow-Cooker Cuban Pork, Frosted Cream Cheese Cutout Cookies, Turnip Green Soup, German Apple Cake, and Brownie Chocolate Chip Cheesecake. I’m looking forward to the year ahead and all the fun, adventures, and definitely more recipes to share with you. Stay tuned… 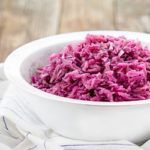 German Braised Red Cabbage is a healthy side dish that will brighten your meal with color and flavor. It has tang from vinegar and sweetness from apple.

Gorgeous colors in the photo! Growing up, my German father would sometimes take us out to a German restaurant for schnitzel dinners and it always came with this cabbage. It took a few years for the young me to try it but I ended up absolutely loving it.

This looks great! I've found myself eating more cabbage ever since I started doing CSAs. Always nice to have another recipe to try.