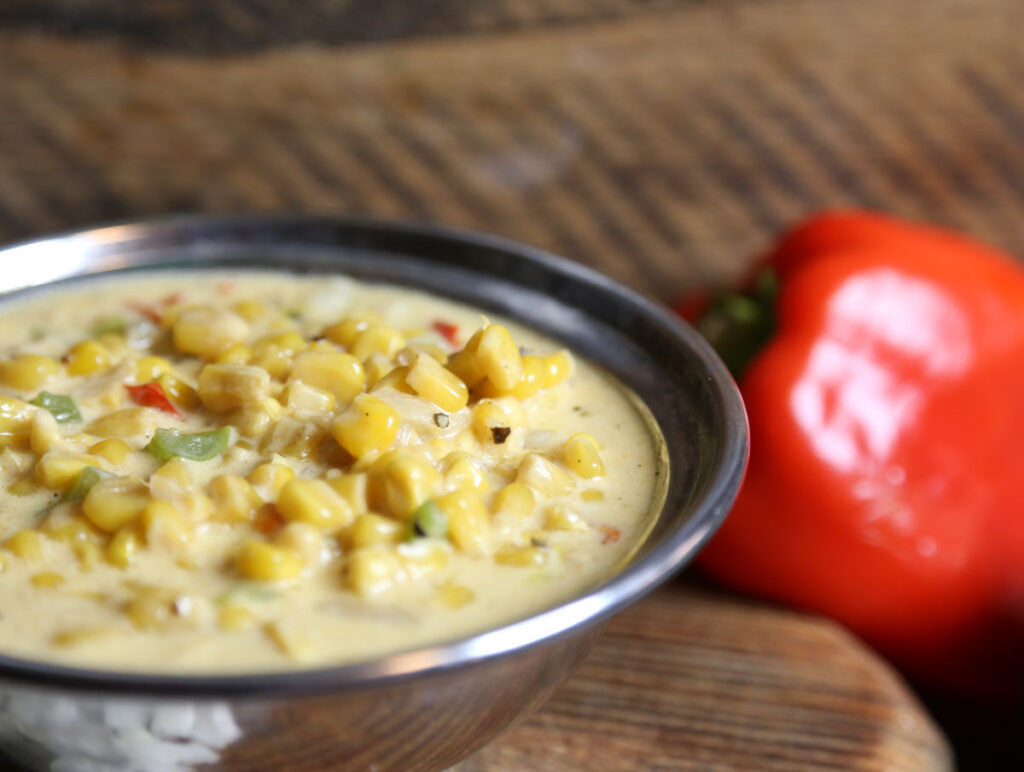 From Cooking with JB and Jamie

Today’s recipe comes from Cooking with JB and Jamie, the cookbook from the famous Royers Roundtop Cafe in Round Top, Texas. 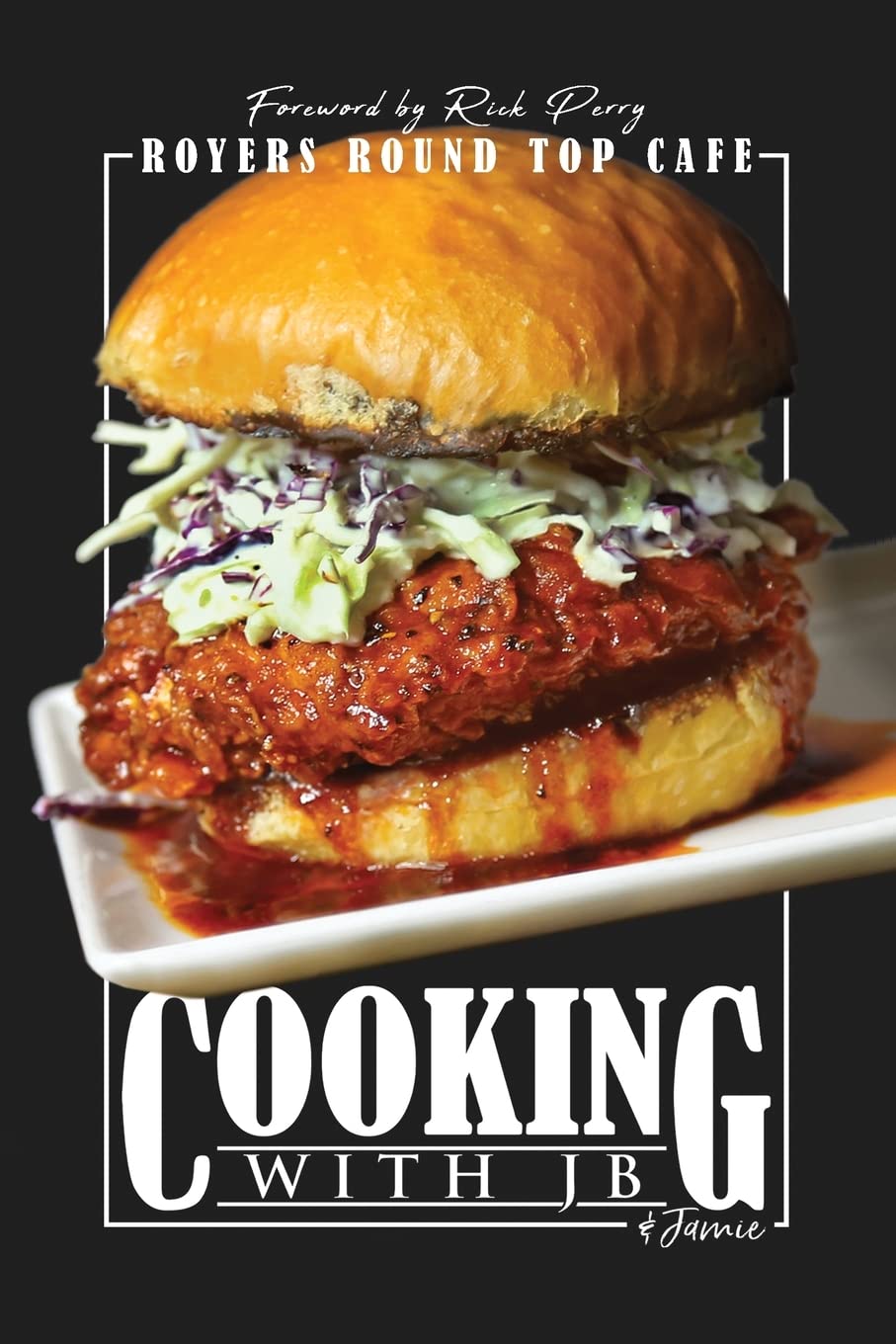 Pronounced “mock shoe,” this Cajun dish is simple to make—but its origins are not quite so straightforward.

What Does Maque Choux Mean?

According to the Shreveport Times, there are no less than three theories on the origin of the phrase.

A 1984 letter to the New York Times doesn’t clear up the question, but it does offer a recipe from all the way back in 1967, in the out-of-print cookbook called Le Livre de la Cuisine de Lafayette.  Unlike the Royers Round Top recipe, it includes a substantial quantity of tomatoes.

The Tallahassee Democrat describes maque choux as a Southern type of succotash.  Succotash is similar  in that it contains a mixture of vegetables, but it’s different because succotash typically contains legumes of some kind, whereas maque choux does not.

What to Serve with This Recipe

Maque choux can be served as a side dish with other Cajun or Southern dishes, like Creole Beef Tenderloin, Honey Cola Baked Ham, Shrimp and Grits, or Sweet Tea Brined Pork Tenderloin, or it can be elevated to a meal in itself by adding shrimp or sausage.

Be sure to check out Cooking with JB and Jamie for more Southern recipes with a Texas twist! 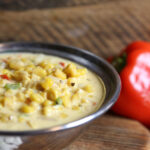 This colorful Cajun side dish of corn, peppers, onion, and cream is always a huge hit at the Cajun Cooking Class held by Royers Round Top Cafe.

For more background information on this dish, you can watch a similar recipe prepared by Southern Foodways here.

This turned out awesome. The alteration I made was to use all red bell pepper (no green pepper) and add chopped smoked sausage. I also smoked the cobs of corn before stripping the kernels. Smoke really gets into corn! And I used chipotle ancho for heat, which also builds on the smokiness. I got rave reviews.

I've never heard of this dish before, and it sounds tasty. I enjoy corn and spicy dishes, and this would be fun to make.

I love the cajun flavor so I will love this dish. It looks amazingly delicious!

That looks absolutely delicious, I'd love to make this for my family. Thanks for sharing!

This looks so yummy, I love the sweet little burst of flavor corn provides!