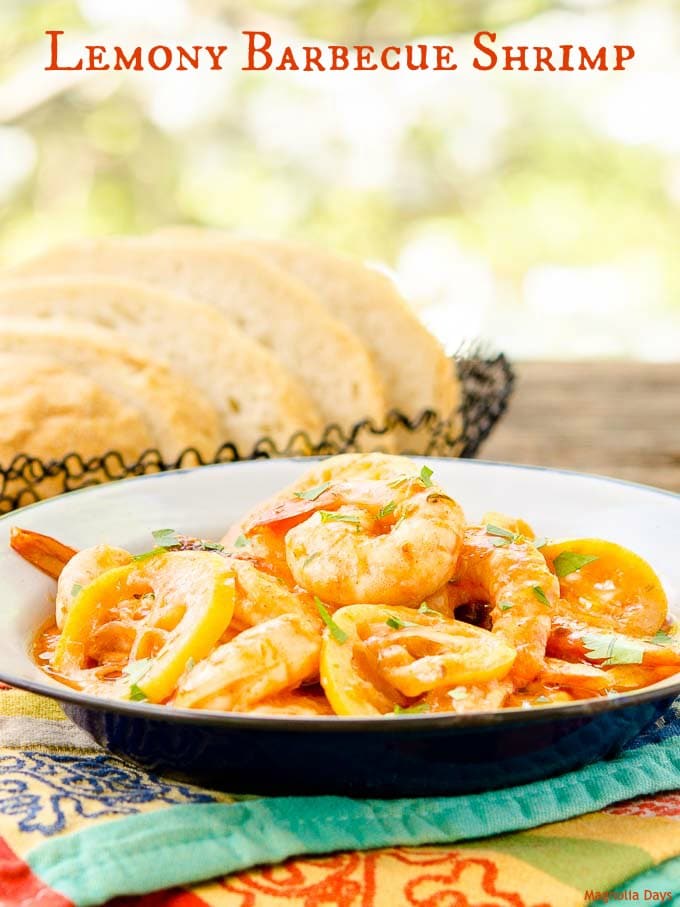 Every now and then you run across an unexpected gem. Such is the case with a particular dish I had at a restaurant long ago. It was at the end of a long and winding dirt road. Inside was décor I’ll describe as redneck fish camp circa 1960. I ordered Cajun shrimp. It was a lucky choice as it was the only good thing out of what everyone ordered. It was that evening I remembered when making Lemony Barbecue Shrimp.

What connects my dish to the other one? It is the buttery, tangy sauce. Actually, it was more buttery part than anything. Tender shrimp in a pool of flavored melted butter is quite nice. Taking butter up a notch with citrus and BBQ makes it ever so much tastier. 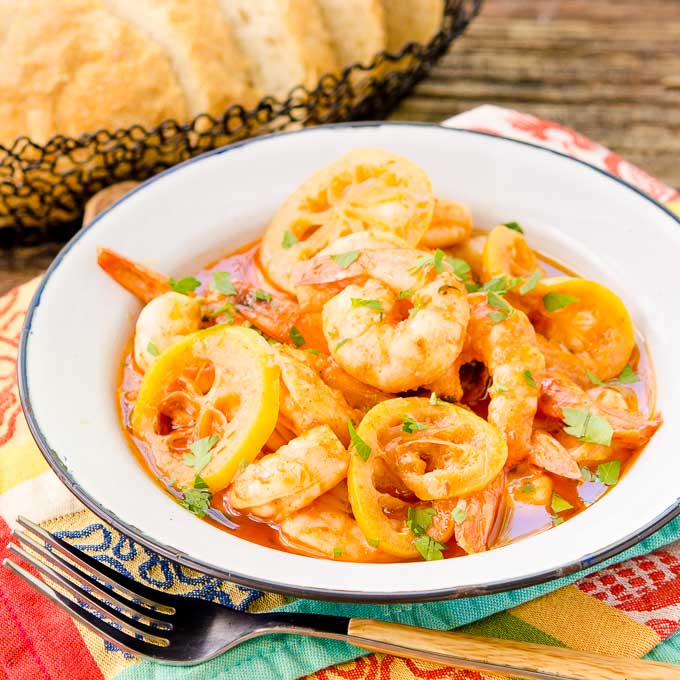 The Lemony Barbecue Shrimp recipe is for two. It could be for one if you want to eat a half pound of shrimp and a half stick of butter at one sitting. This is one of those eat it now dishes. It does not re-heat well. Trust me, I know firsthand. I cooked it early in the afternoon to photograph while I had good light. It tasted spectacular. The shrimp were cooked perfectly and the sauce was divine. Then when I heated it up for dinner later it lost its charm.

This is a recipe with lots of hands-off time. It takes only a few minutes to make the sauce. Then you have to wait for it to cool. Once cooled, you add shrimp and chill for hours to marinate. Baking is only a few minutes. So it is cook, wait, stir, chill, wait some more, then bake. Serve it with crusty French bread to soak up the sauce. You’ll want to get in every drop of the buttery, lemony, barbecue-y goodness. A salad or vegetables on the side rounds it out to a complete meal. 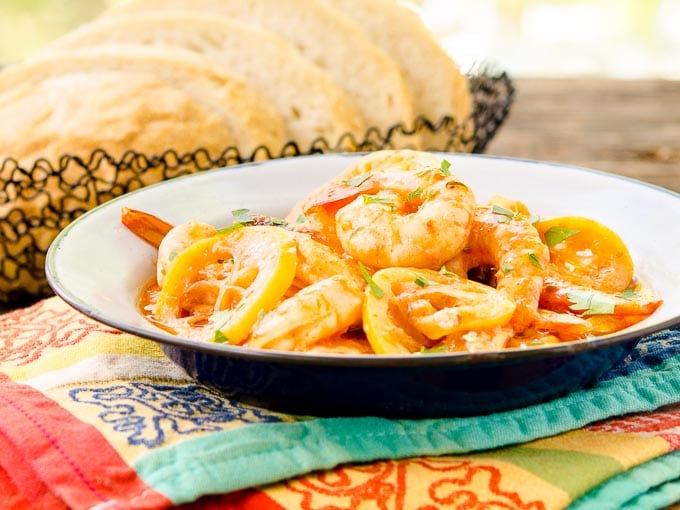 How about some more BBQ or shrimp recipes? Okay, I have a few. There are Crockpot Pork Barbecue Sandwiches and Barbecue Pulled Pork Tacos. One of my favorite appetizers is Shrimp Arnean (forgive the terrible photos). Another quick and tasty meal is Thai Shrimp Curry. 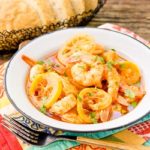 Lemony Barbecue Shrimp is an easy to prepare meal for two. The buttery BBQ sauce has a kick of heat brightened up with citrus.

Recipe adapted from Southern Living Cookbook for Two published in 1981 (no longer in print).

I tripled the amount of garlic and added lemon zest. This is fantastic with crusty bread! My whole family loved it. Will be making again.