It’s Eufy Robovac 11 versus iRobot Roomba 801, fighting to the finish under real-life conditions! Who will win this Battle of the Robot Vacuums? 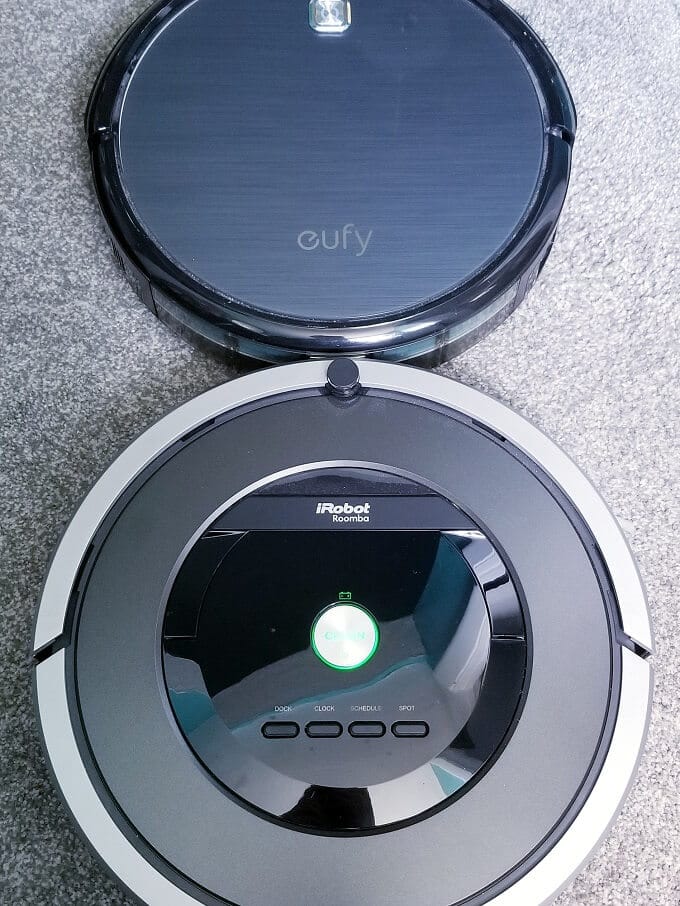 One of the most difficult things about shopping for a robot vacuum is the lack of good comparison reviews.  Most of the reviews that claim to “compare” different robot vacuums just summarize technical specifications and user reviews from other websites.  No one actually owns multiple robot vacuums… except for me!  Since I own two robot vacuums, I can make a legitimate and accurate comparison.  If you find this review helpful, shopping from the affiliate links below will help support this site at no cost to you.

Battle of the Robot Vacuums: Eufy Robovac 11 vs iRobot Roomba 801

I’ll never forget the day you could finally buy a decent robot vacuum for under $250.  I couldn’t whip out my credit card fast enough. 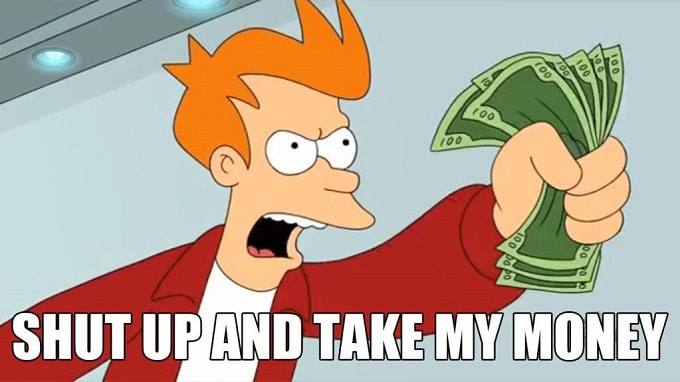 I became the proud owner of one (affiliate link) Eufy Robovac 11.  Oh, that thrilling moment when I pressed its glowing blue power button and it scooted off to slurp up all the dirt, debris, and hair a four-person household can produce.

Needless to say, I was enamored.  The children tagged along behind it, talking to it as if it were a small dog.  They named it “Snoofy,” an apparent portmanteau of Snoopy and Eufy.

Snoofy did a pretty good job, although he tended to stop suddenly when his roller brush filled with hair and refused to turn.  This meant flipping him over and going through a rather gnarly extraction process of snipping or razoring the hair tangles out of the roller brush.  Still, as long as I kept Snoofy groomed and charged between each cleaning session, he would gamely trundle into action at the touch of a remote control.

He did his best work in the kitchen, where there was no carpet to slow him down.  Indeed, he’d run happily around the kitchen until his battery ran down and he had to limp back to the dock to recharge.  On the other hand, carpeted areas like the living room gave him trouble after a few minutes, and he’d have to be detangled on the inside all over again.

Over time, I grew weary of the constant detangling.  I began to think that Snoofy, AKA Eufy Robovac 11, was best suited to tile and needed a sibling made of sterner stuff who could tackle the carpet in his stead.  I began to investigate alternatives.

Like an actual sibling, Roomba 801 has some things in common with her sibling vacuum, but in other ways, she’s completely different.  She was quickly nicknamed “Bobbie,” for no apparent reason, and right out of the box she was louder, faster, and more aggressive than Eufy Robovac 11, AKA Snoofy.

The Roomba 801 churned across the carpet like she was on a mission.  Instead of lightly bumping into walls and politely scooting off in the opposite direction, as Eufy Robovac 11 did, she dug in harder to hug the borders and obstacles in every room.

Miraculously, her brushless rollers remained completely clean.  Only once after hours of vacuuming did I have to remove them to extract some hair that had snuck under the roller cover and behind the pegs that held the roller in place, but it was a far cry from the fix-me-every-five-minutes neediness of the Eufy Robovac.  There was even a voice that emanated from the Roomba describing exactly what was wrong.

Conclusion of the Battle

Overall, I’d say the iRobot Roomba 801 is the clear winner if you have carpet.  If you have tile or wood floors only, you’d probably do equally well with Roomba 801 or Eufy Robovac 11.  You can often (affiliate links) find a Roomba 801 on eBay for a good price, or find a Eufy Robovac on sale on Amazon.

Like to shop?  Find out what happened to me when I shopped on Poshmark.