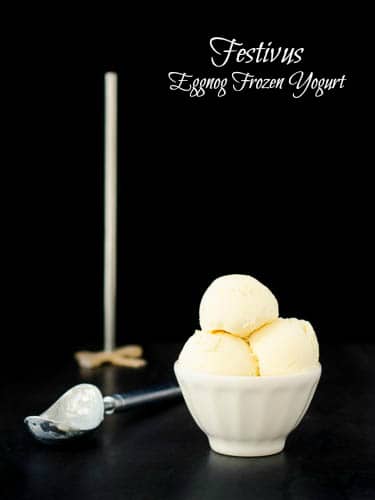 A Festivus for the rest of us! Have you heard of Festivus? Here’s some info in case you are not familiar with it. Festivus is a holiday celebration made up by Daniel O’Keefe. His son was a writer for Seinfeld, a popular TV sitcom. An episode called “The Strike” aired on December 18, 1997 featuring Festivus and then millions of people learned about the celebration. It is also an excuse for some food bloggers to have fun, share some recipes, and host a giveaway. Each of us chose a recipe based on a food featured in one of Seinfeld’s episodes. I chose the episode “The Non-Fat Yogurt” and made Eggnog Frozen Yogurt.

About my eggnog frozen yogurt and the episode: The main story line in the episode is about how this new non-fat frozen yogurt is so good. However, people seem to be gaining weight even though it is supposedly non-fat. Some of the characters decide to have it tested to find out if it really is non-fat. I decided to put my own spin on it and create the most fat laden, decadent one for the season. It is smooth, creamy, with the flavor of eggnog and a little tang from Greek yogurt. It is a total splurge (See my vanilla frozen yogurt for a lighter option). 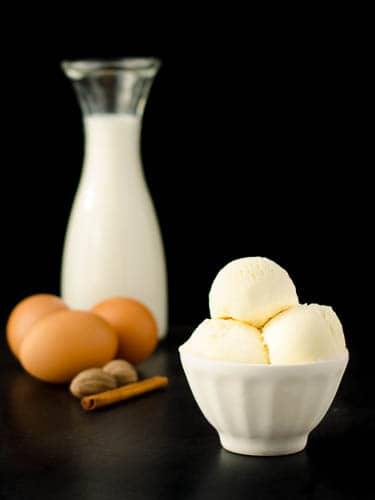 The airing of grievances can be fun. You take a lighthearted approach to getting annoyances out of your system. I’ll share a couple of them. I have a grievance with people who can’t maintain their lane because of using their cellphone when driving. I have a problem with those people. They are endangering lives. I also have a grievance with people who smack and pop their gum. It’s simply rude.

My feat of strength? It is trying not to eat all the eggnog frozen yogurt in two days. Did I mention it was a total splurge? A small cup every now and then is fine. Only thing is that it is so good I keep going back to the container with a spoon. It keeps calling me relentlessly and I have to wrestle with myself and summon all kinds of strength to restrain from indulging. 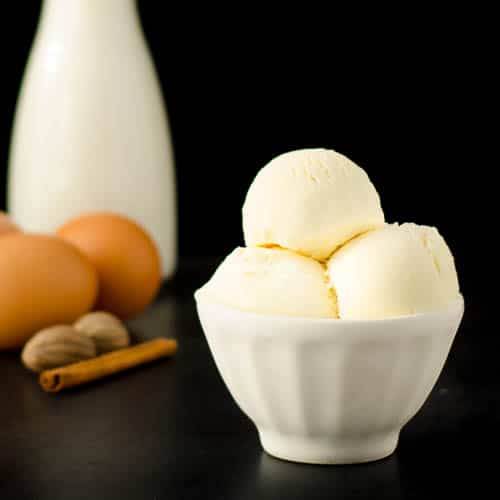 Ready for more Festivus fun? Scroll down to see the recipes being shared by the talented bloggers participating in this virtual celebration. And in case you are wondering, I celebrate Christmas traditionally at my home. I wish you and your family a fabulous holiday season. Cheers! 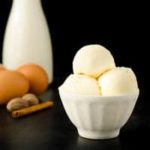 *Stated time does not include overnight chilling or churning time.

Here’s more Festivus fun! First there are the great recipes we are sharing for the event along with the Seinfeld episode they are inspired from: 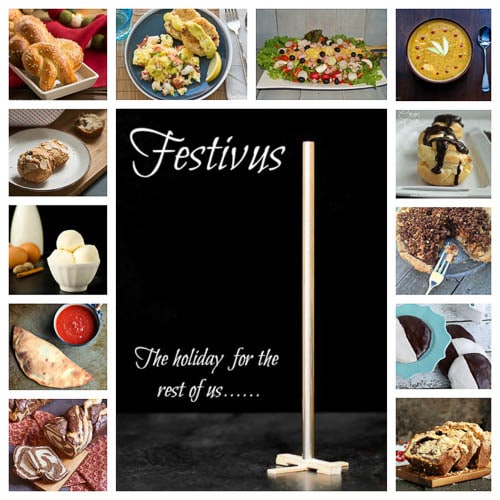 I had never heard of or thought about eggnog frozen yogurt until today...I'm thinking I should make it for my nog-loving sister. Happy 2014! (I'm obviously reading this post late) :]

I don't mind when you read my posts, I'm just very glad you enjoyed it and the recipe. Happy 2014 to you too!

I love Seinfeld. I hate it when people try to get through a yellow light by speeding up. Yellow means slow down!

People speeding up to not be caught by a red light is a grievance shared by a lot of people. With the ever increasing hurried days I have a feeling it will only get worse.

Definitely asking Santa for an ice cream maker just so I can have this! Thanks for the recipe!

"We start with the airing of grievances, I've got a lot of problems with you people!"

You really will enjoy an ice cream maker. I don't know what I would do without mine.

I have a feeling I will go often to the freezer, spoon in hand too. This is simply amazing Renee! And not only because we're melting here (100º), but because you say so, lol! Looking forward to making this recipe soon!

Wow! A hundred degrees is mighty hot. You really do need to cool down with a frozen treat.

I like to pop my gum. I hope we can still be friends. ;) This yogurt sounds delicious, by the way! I love eggnog stuff during the holidays!

Yes, Jen we can absolutely be friends. You are not my only friend that is a gum popper.