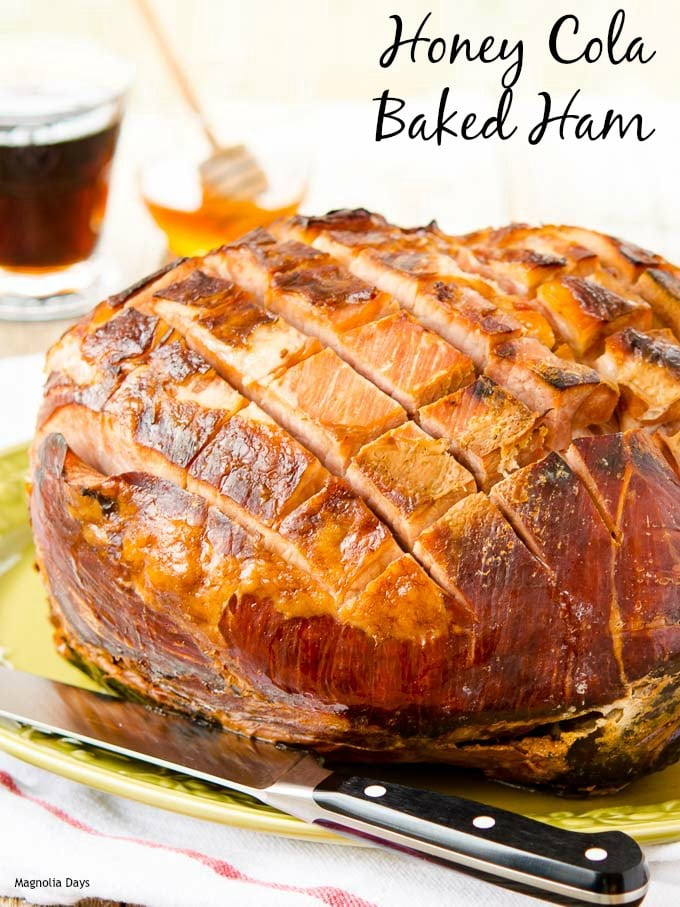 Food and cities are often related to each other. Some foods are named after the city or region of their origin. Such is the case with Vidalia onion and Hatch chile. Then there are food products certain cities have as their claim to fame. One of those is a world-famous cola invented in my hometown of Atlanta. Well, technically I’m from metro-Atlanta. Anyway, you can imagine that cola being a part of my childhood memories as both a beverage and ingredient. There was honey cola baked ham my parents would make for our Sunday Supper on certain occasions throughout the year.

The ham was baked for Easter and Christmas. There were a few other times during the year however those were the standard. My parents always baked it in the extra oven in the basement. I think it was to free up the one in the kitchen for other dishes. It was either that or because the oven in the basement was gas and back then gas cooking was cheaper than electric. Thrifty always was a factor. Saving a few cents in a three hour baking process was the thing to do. 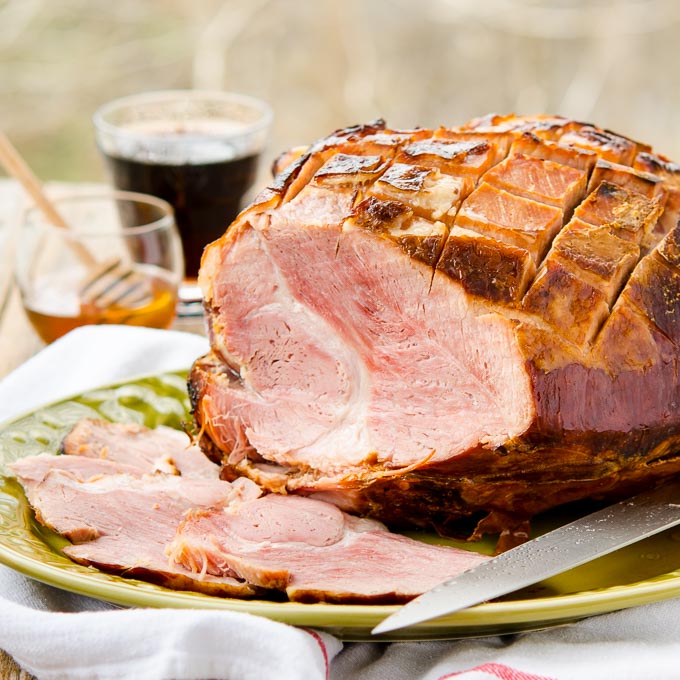 Honey cola baked ham was one of my favorites when I was a kid. My mom would make her German Potato Salad to go with it. She also would make Coca-Cola salad which, of course, paired perfectly with the ham. There would be green beans or some other vegetable served with the ham too.

How does honey cola baked ham taste? The cola does a combination of adding a little sweetness to offset the ham’s saltiness and tenderizes it too. The cola itself has tenderizing qualities plus it steams the ham while baking. Honey simply goes so well with ham. It is a no-brainer flavor combo. 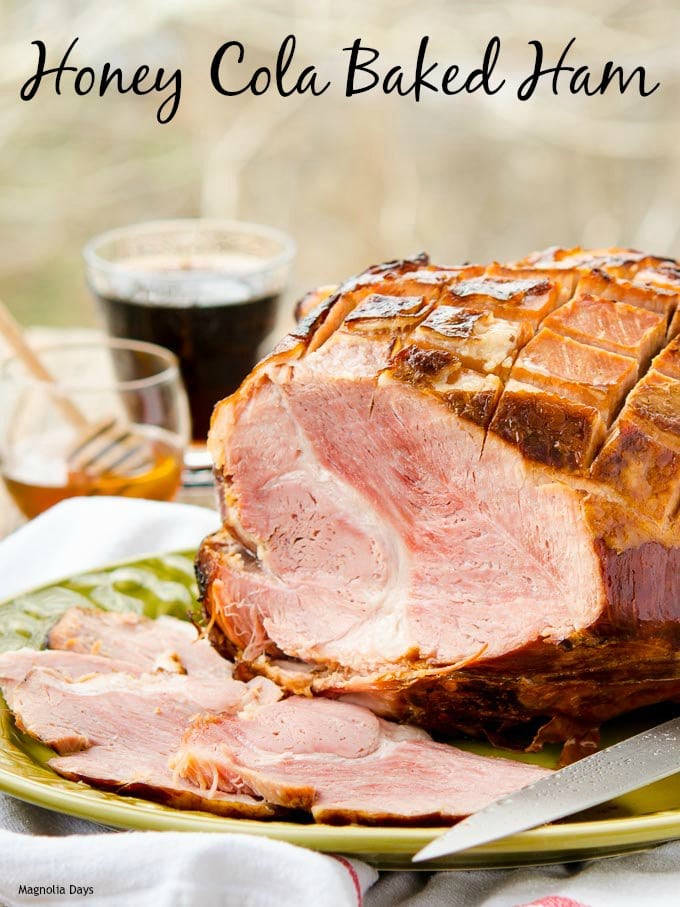 Making the ham is very simple. All you do is pour cola and honey over the ham, wrap it up with foil, and bake it for hours. I cut a crisscross pattern in the top of my ham to make it “pretty” but that is not absolutely necessary. My parents didn’t do that step. 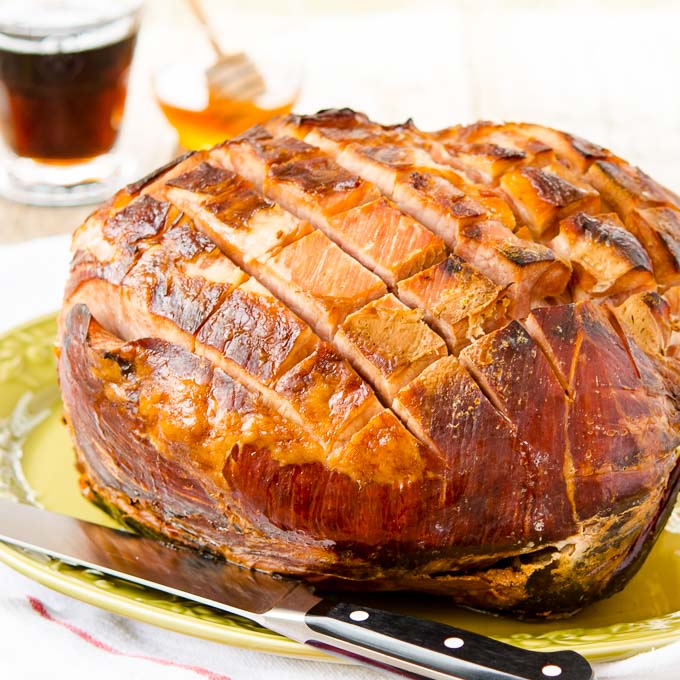 What food is related to your hometown? Do you eat it often or only when in the area? My fellow Sunday Supper contributors are sharing recipes for food made famous in cities all over the US and around the world. Scroll down to see the list and take a virtual trip to each one with a simple click. Big thanks to Coleen of The Redhead Baker for hosting this fun Sunday Supper event. 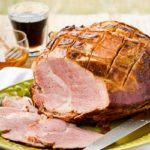 Amount of servings depends on size of ham. You can generally estimate about 1/3 pound per person for a bone-in ham.

Do you enjoy food from certain cities? Take a look at these wonderful recipes by Sunday Supper contributors celebrating their hometown:

I never ever thought of using cola to prepare a dish. It's a good idea and I think it is also good because the ingredients go perfectly separately.

It's amazing how many cola recipes there are out there. The ingredients for this ham sure do go together nicely.

This ham looks incredible! I will have to try it one of these days!

What a delicious looking ham. I love the sauce you put over it...

Ham and potato salad are a natural combo to me! I love the idea of adding cola flavor to ham.

I can't even imagine growing up with this, but it must have been such a treat! This is an awesome recipe and I can't wait to share it with my friends :)