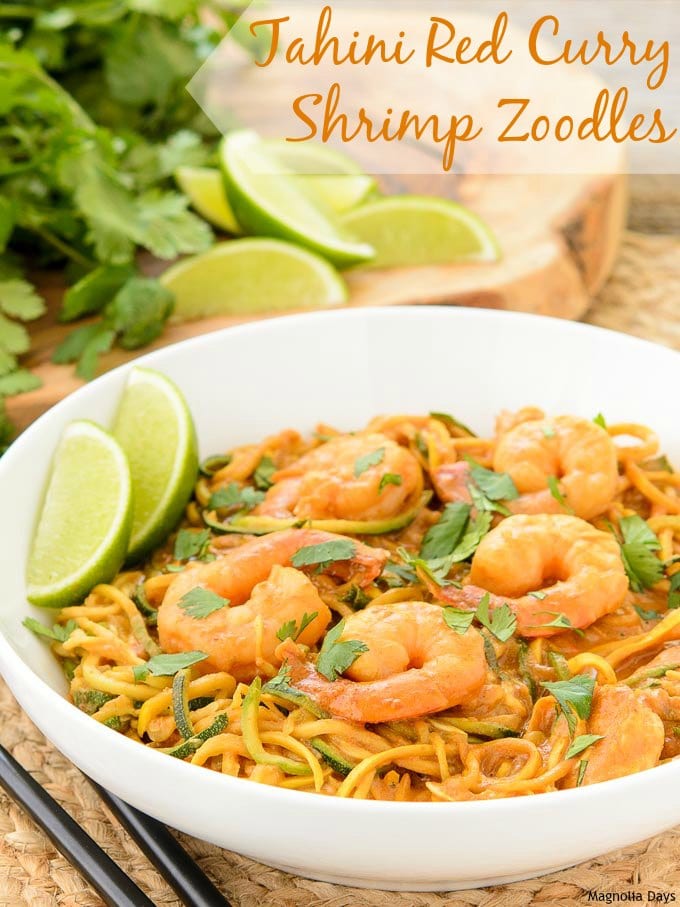 Cold and hot were not my friends. The pain they started to cause was all too evident. It began as a twinge and grew to be quite sharp. Then a throb joined in their alliance. The trio resulted in an ache that was persistent and elevating. They had to go. I mustered up all my strength and called the dentist. The fix was a root canal. Then a temporary filling meant eating soft food and avoiding chewing with that tooth. In my search for something to eat, I remembered my new gadget. It was time to use it and so that is how Tahini Red Curry Shrimp Zoodles came about.

My newest kitchen gadget is a spiralizer. I’ve been seeing recipes with spiralized vegetables for a while. I resisted at first then my adoration of squash is what won me over. The thought of having a new way to enjoy yellow and zucchini squash made me smile. I was patient though. I waited in hopes of finding one at a good price. Sure enough the time came when I spotted one with a discounted price. 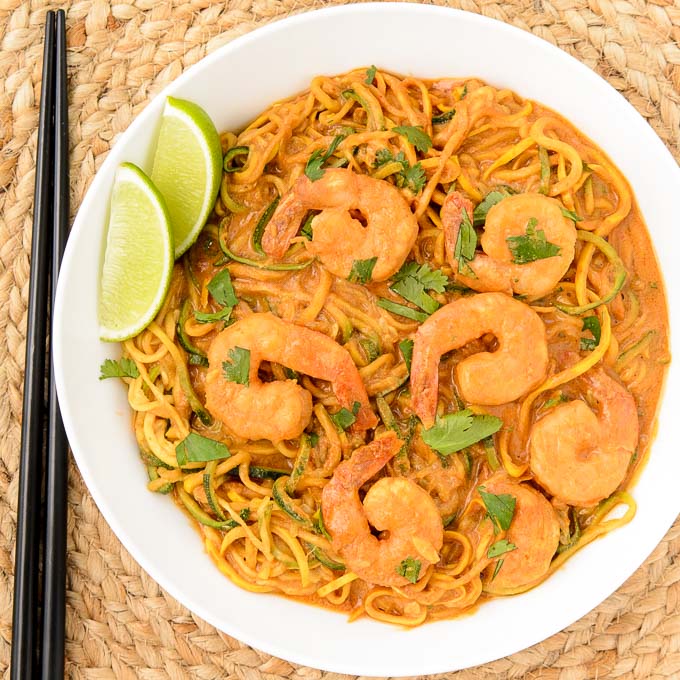 Zoodles is short for zucchini noodles. I suppose squoodles would be for squash noodles in general however zoodles seems to be the word used most often. Making them was easy after I figured out how to use the spiralizer. The instructions were not the best. It took a little trial and error before I was successful in making long uniformed shaped spiral zoodles. 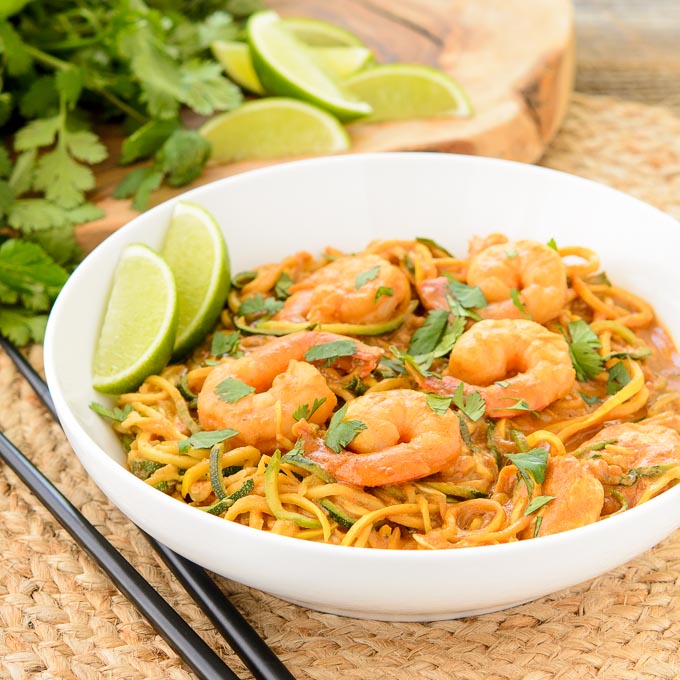 Squash has a lot of moisture. My concern was the zoodles releasing their liquid and making the sauce watery. Then I remembered squeezing out liquid from shredded squash to make patties. I looked up ways to accomplish the same thing without breaking the zoodles. I discovered it is easily done with a bunch of paper towels, a little salt, and some time. Spread out 4 layers of towels and sprinkle a little salt on them. Spread out the zoodles and sprinkle more salt on top. Cover them with 4 more layers of paper towels. Let it sit for about an hour and the salt will pull out the moisture.

Tahini red curry shrimp zoodles is easy to make. It is basically whisking then tossing after you have prepped the zoodles. All is done in the same skillet. First you whisk together the sauce and cook it for a few minutes. Add shrimp and zoodles, toss to coat, then cook for a few more minutes until done. The sauce is thick, rich, full of flavor, and has a bit of heat to it. The short cooking time is enough cook the zoodles and yet keep them crisp-tender as vegetables would be in a stir-fry. 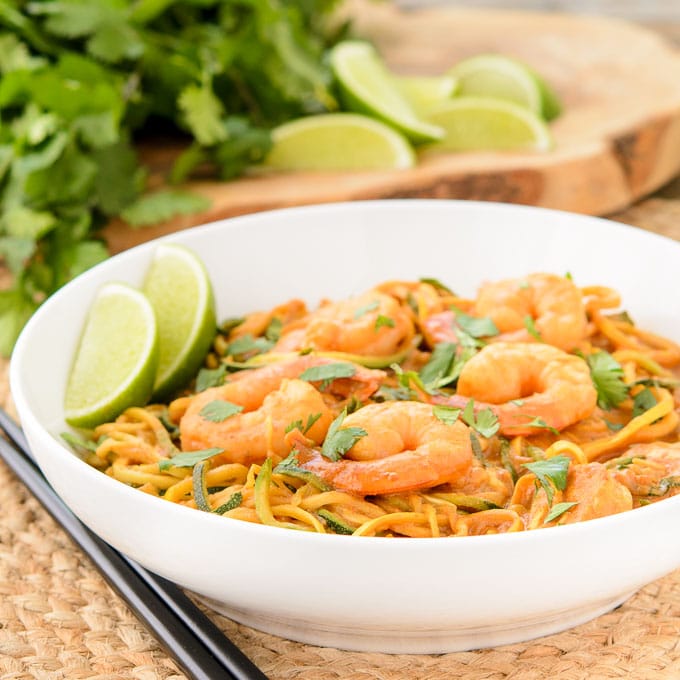 Do you have a spiralizer? There are several different kinds. The one I have is a counter-top machine with four blades. Here’s a link to where you can purchase it on Amazon: Paderno Spiralizer

(affiliate link). I see more vegetable spiralizing happening in my future. Even just to change up the texture or visual aspect of something as simple as cucumber salad. Oh the possibilities…

Tahini Red Curry Shrimp Zoodles is a Thai inspired dish made with spiralized zucchini and squash instead of noodles. It's low-carb and full of flavor.

Do you have nutrition facts for this recipe?

Hi Sarah- no, I don't have the nutrition facts. However, this recipe analyzer will at least give you a ballpark estimate: https://happyforks.com/analyzer/result