You may never blend in, but you’ll know exactly what to expect as a Southerner visiting New York City. The truth about NYC may surprise you. 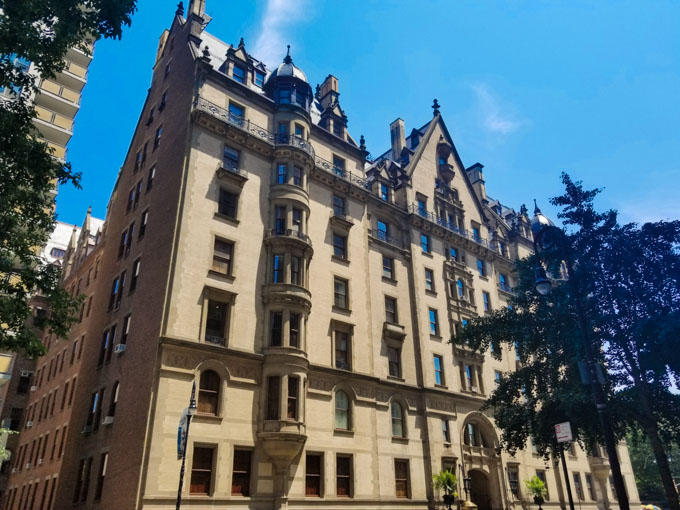 What Southerners Should Know About Visiting New York City

Are you a Southerner planning to visit NYC?  Have you heard scary tales about the big city and mean New Yorkers?  As a born Southerner who spent four days in New York City this summer, I’m here to set the record straight.  New York City has its quirks, but it isn’t as different from home as you might think.  Here’s what you need to know.

I visited NYC in the height of summer, around Independence Day.  At the time, it was 95° or so in Florida.  When I heard that New York was 85°, I thought Hot dog!  It’s ten whole degrees cooler.  Boy, was I ever wrong.  It felt just as hot as Florida.  I don’t know if it was the humidity, the heat reflected off all the concrete and stone, or just the lack of a breeze, but I proceeded to sweat like a pig and it just never evaporated.  I probably looked like I had recently jumped in the Hudson River.

You Think You Know Walking

I was so cocky.  I thought that my extensive Disney World walking experience would make a walk in Central Park… a walk in the park!  Wrong again.  I think New York uses some kind of special concrete meant to pound your feet into blistered submission.  (I’m making that up as I go along but it certainly sounds right.)  No matter how reasonable the distance seemed at the moment, by the time I walked anywhere I was ready for an elevated foot rest and a couple bags of ice.

I heard, as you probably have, that New Yorkers are always in a big rush and don’t take kindly to those who slow down the line, get in the way, or are otherwise languid about conducting business.  Not a comforting thought for a born Southerner who tends to meander into long conversations about the relative merits of Coca-Cola in a glass bottle versus a can while standing in line at the grocery store.  It turns out that it’s all lies!  The New Yorkers I met were more friendly than your average Disney World cast member.  New Yorkers may be tough as nails, but in the dozens of interactions I had, they were also sweet as sugar.

Your Bag Is a Dead Giveaway That You Don’t Belong

I swear Manhattan has its own dress code.  Rule #1: Never ever wear a bag that is not a) an understated black crossbody/messenger bag or b) a sturdy canvas shopping tote emblazoned with the name of a local purveyor (such as “Dean & DeLuca” or similar).  Leave your jewel tone alligator prints, Vera Bradley paisley, and straw beach bag emblazoned with plastic sunflowers safely at home.  Ditto for bright lipsticks, long hair, un-ironically dopey sneakers, khaki shorts, jean shorts, golf shirts, Lilly Pulitzer duds, and Guy Harvey tees. You still won’t fit in, but at least you’ll look less like a visitor from Mars.

That Dog Has Better Grooming Than You Do

Thanks to the humidity, or something, my hair refused to either curl or lie straight for our entire trip.  I didn’t have eyebrow tweezers because you can’t take them through airport security.  My complexion was blotchy due to the flight, the lack of sleep, and perpetual dehydration.  But even without those disadvantages, I couldn’t have pulled off the neat, put-together look of your average dog on a leash in the Upper West Side.  And we haven’t even talked about the dog’s owner yet.  Whatever vast resources of time, money, and black magic Manhattanites apply to haircuts, facials, blowdrying, and makeup-that-doesn’t-look-like-makeup, it works.  I marveled at their flawless presentation even as my hair frizzed into an ever more compelling cloud of dishevelment.

Eat, Drink, and Be Merry

Never let it be said that I do not have the deepest love in my heart for Southern food.  I do.  But I will freely confess that the food in New York is glorious.  Do you doubt me?  Order yourself a Reuben sandwich in NYC and prepare to be amazed.  What passes for “pastrami” down here is but a pale, sad imitation of the real thing.  I think food is one of the things that New York has most in common with the South; not necessarily the same type of food, but the same love of food.  They’re proud of their specialties and they should be.  The portions at most places are generous to a fault, which will really remind you of home when you’re trying to fit “Just one more bite!” into your already full belly.

A Cornucopia of Scents

I am spoiled by Floridian air.  My front yard smells like night-blooming or star jasmine, depending on the time of day, while the back yard smells of oak, citrus, and just a hint of salt.  Even the humidity smells sweet here.  If you’re nodding along with that description, you might be a little surprised by the scent of New York City.  The predominant scent is dehydrated urine, with a undertone of old garbage.  Sometimes, though, you get lucky and the hidden scents of the city reveal themselves.  It rained all night the night before our last day in the city.  I woke to a light drizzle and a fresh breeze; walking down the street I could smell the mineral scent of stone, the faraway flow of the river, and faint traces of wood and leaves from nearby Central Park.  New York will surprise you at every turn.

The City That Never Sleeps, And You Might Not Either

You might be expecting me to complain about the noise level.  How does one sleep through the continuous stream of traffic down the streets and avenues?  What about the sirens, the honking, the residents and revelers wandering homeward at 3 a.m.?  I did have trouble sleeping, but not for those reasons.  No, the thrum of cars and the muffled blast of horns made no more difficulty for sleeping than a nighttime Florida thunderstorm hurling gallons of water and lightning strikes.  I couldn’t sleep because I was too excited about all the fun we would have the next day in NYC.  Every day was a new adventure, from the food, to the museums, to Central Park and beyond.  It may not be quite like home, but that’s the whole point.  Get up there and go for it!  (P.S. I’ve read all the travel guides and highly recommend the most recent Fodor’s New York City.)

Ready for more travel?  Check my guide to Halloween Horror Nights in Florida.

So many family attraction and shopping center to explore in the big apple. I was there last year during Christmas time its kind of crowded but so much to see and we had a great time.

This made me giggle! I likewise feel like an alien with my California wardrobe and behaviors. But it's important to get outside of my comfort zone and New York has so much to offer.

Oh, my, this was a perfect read. I experienced the same sensations as you, but I did have a New Yorker to show me around. He made sure I had the bestest experiences. Love the post.

NYC is definitely a unique place to visit, and I can imagine things would be a surprise if you aren't from New York! These are great tips.

Great tips! I"m a Southerner myself and these seem super helpful.