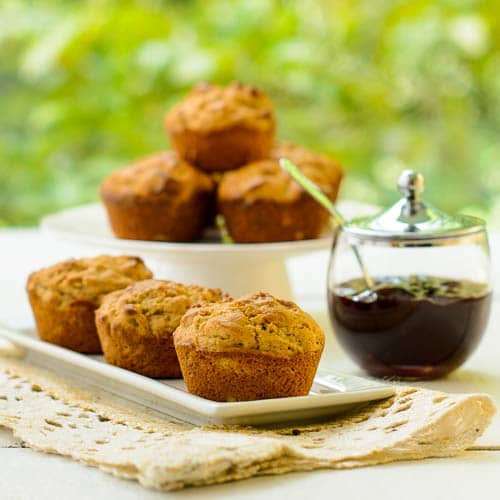 It has been a week of discoveries. One of them being my oven running hotter than what it is should. A sensor must be off a little. It caused some of my cakes and breads to be over-baked. Muffins turned into hockey pucks and that is not a good thing. I finally got an oven thermometer to check it and be sure. Yep, the oven is spot on at 325, almost 360 when set at 350, and 425 when set at 400. After adjusting to compensate for the difference, these Peanut Butter Muffins baked as they should. Whew!

I had not planned on baking muffins. A package that arrived at my door is what started it all. The box was from Peanut Butter & Co. and it contained six jars of flavored peanut butter with a note saying “Enjoy!” and enjoy is just what we did. My husband tried the honey, maple, and cinnamon raisin ones within the first day. I started dreaming about a Thai peanut sauce using the spicy one. The possibilities with white chocolate and dark chocolate ones are a baker’s dream. Then the idea of muffins with the cinnamon raisin one stuck in my head. 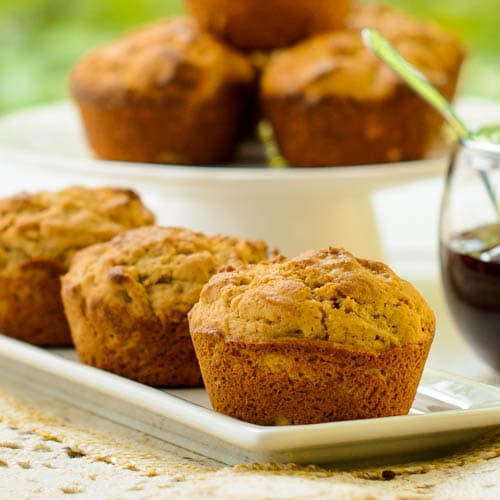 The muffins recipe calls for plain peanut butter. Using that would be just great. Using one of the flavored peanut butters is the easiest way to adjust it to your taste preference or craving. Plus you don’t have to add any other ingredients to achieve those flavors. I used the cinnamon raisin one this time and thought maple would be the next batch. Serve peanut butter muffins with jelly, honey, or butter for a tasty breakfast or afternoon snack. 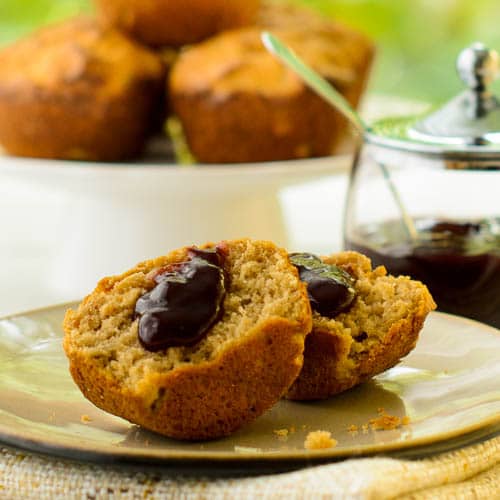 Have you checked your oven’s temperature lately? I’ve decided to keep the thermometer in there all the time to make sure the temp is right. The last thing I need is to have to toss out a batch of muffins because they are hockey pucks again. There’s a whole bunch of holiday baking coming up too. Is it odd that I’m already craving glazed carrot cake? I hope not. The time to bake it will be here soon enough. Until then there are plenty of fall foods and other peanut butter recipes to tackle. Stay tuned… 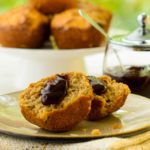 *You can use flavored peanut butter for different twists on these muffins.

Disclosure: I received an assortment of peanut butters from Peanut Butter & Co. at no charge. I was under no obligation to post a review. All opinions are my own unless otherwise stated or contained within a guest post.

I love pb & co and these muffins are the perfect use of the cinn-raisin! A breakfast treat to dreeeam about :)

The way the kitchen smelled when I was baking these muffins was heavenly. Even my husband commented on how great it smelled.

I can just imagine these warm with some strawberry or blackberry preserves.....OK now I am drooling!

I had them with apricot preserves one day and red currant jelly the next. Both were incredible on it.

I love peanut butter muffins. And Peanut Butter & Co. I've been wondering what to do with the spicy one.

I know I'll be doing a spicy peanut sauce of some sort or maybe a dressing. Such possibilities...

These look yummy, Renee!! I need to make these this weekend! Pinned.

Thanks Christie and I appreciate the pin.