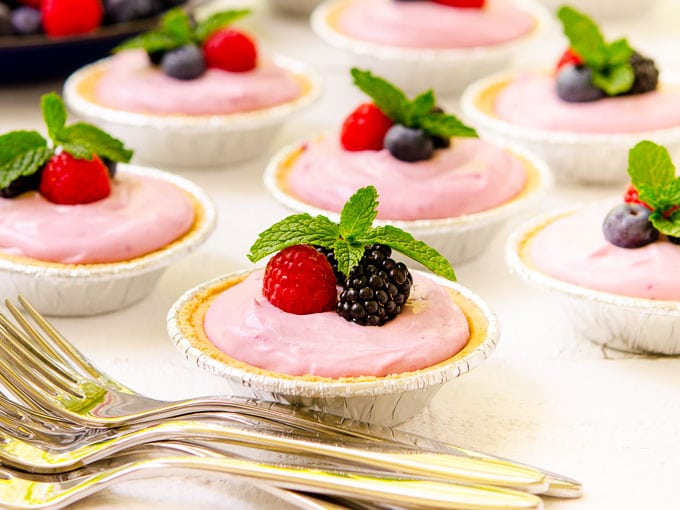 Don’t look now but summer is sneaking up on us. Mother Nature has already given a taste of it here. It’s been hot. Then she threw in some humidity too. Two steps out the door and I’m a frizzy headed, sweaty mess. I’m craving cold treats like crazy. Then I had to think about summer potlucks. What came to my mind were No-Bake Summer Berry Cream Cheese Tarts. Oh yea!

So why did I have to think about summer potlucks? It’s because Sunday Supper declared it the theme for this week. My mind drifted back to covered dish dinners long ago. I remember tables lined up end-to-end and barely any space between all the dishes. People loaded up plates, gathered around more tables, and feasted on all the homemade goodies. 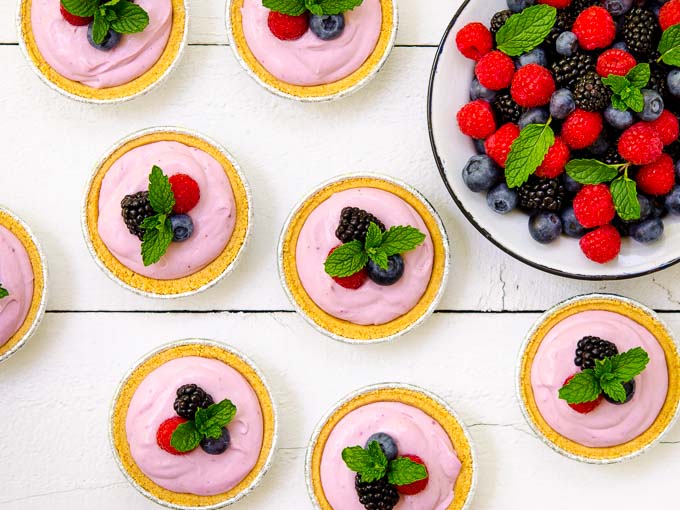 Potlucks have changed in recent years. Or at least it seems that way to me. The last few I’ve been to had more store-bought food than homemade. Now, I’ll admit I’ve been guilty of bringing something store-bought when I was in a pinch for time. Even my tarts have a store-bought crust. Those pre-made mini graham cracker crusts are so convenient. Plus I don’t have a bunch of little pie plates. Anyway…

Homemade dishes are what make potlucks special. Summer potlucks feature produce of the season. My tarts are made with the juice of fresh berries. It’s like putting a bit of summer in each one. Other summer dishes capture the essence of the season with classics or spins of classics. How can you have a potluck without potato salad or pasta salad? Those have to be there in one way or another. 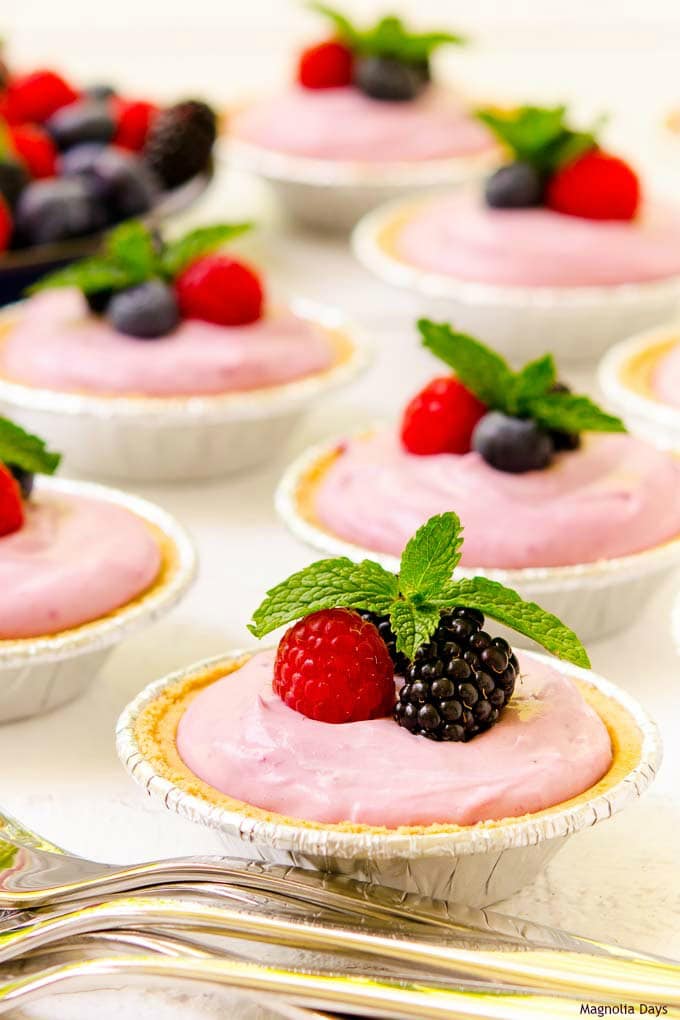 Dessert at a potluck is a requirement. This is where my No-Bake Summer Berry Cream Cheese Tarts come into play. They are cool, creamy, fruity, and quite handy too. There’s no cutting and serving involved like with a big pie or tart. Just grab one along with a fork or spoon and chow down.

Keep the tarts cool! To transport them, I put them in covered aluminum pans on top of ice in a cooler. If the feast is outside, you can put out a few at a time and keep the rest in the cooler. Just keep checking back to put out more when needed. If it’s an inside potluck then set them out when it is dessert time. They should be fine at room temperature for an hour or two. 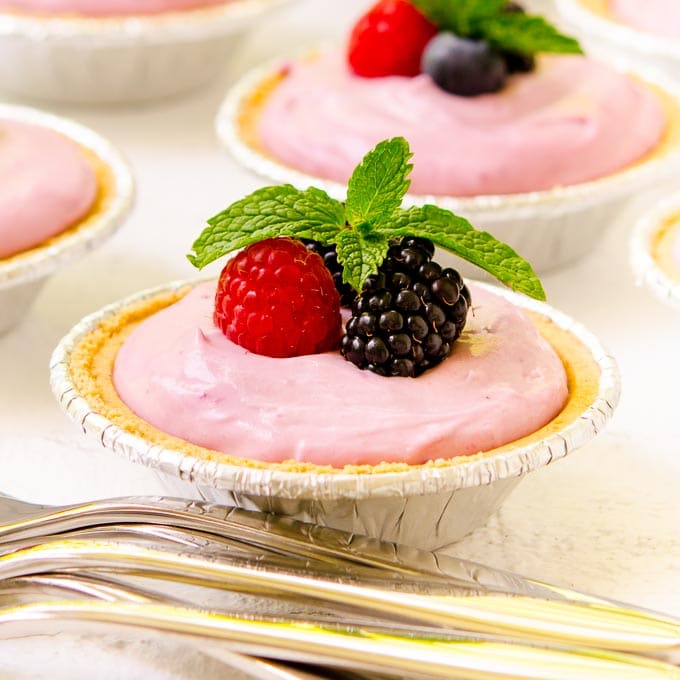 Are you going to a potluck soon? Scroll down to see the list of recipes for this event. I spy lots of tasty ones to investigate. My Toffee Chip Rice Krispie Treats or Chocolate Banana Nut Brownies would be great to take to gatherings too. Big thanks to T.R. of Gluten Free Crumbley for hosting “Summer’s Best Potluck Dishes” for Sunday Supper. 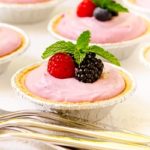 Time stated does not include time for chilling berry juice or finished tarts.

Get ready for the next covered dish party! Check out these potluck recipes by Sunday Supper tastemakers:

They are lovely Renee and I am sure tasty as well.

These look absolutely adorable and I love how easy they are too.

[email protected] Sew You Think You Can Cook

So pretty. We've been bringing home fresh berries from the farmers market every week.

Gorgeous! These look like an amazing dessert for any potluck. I love that they are no-bake!