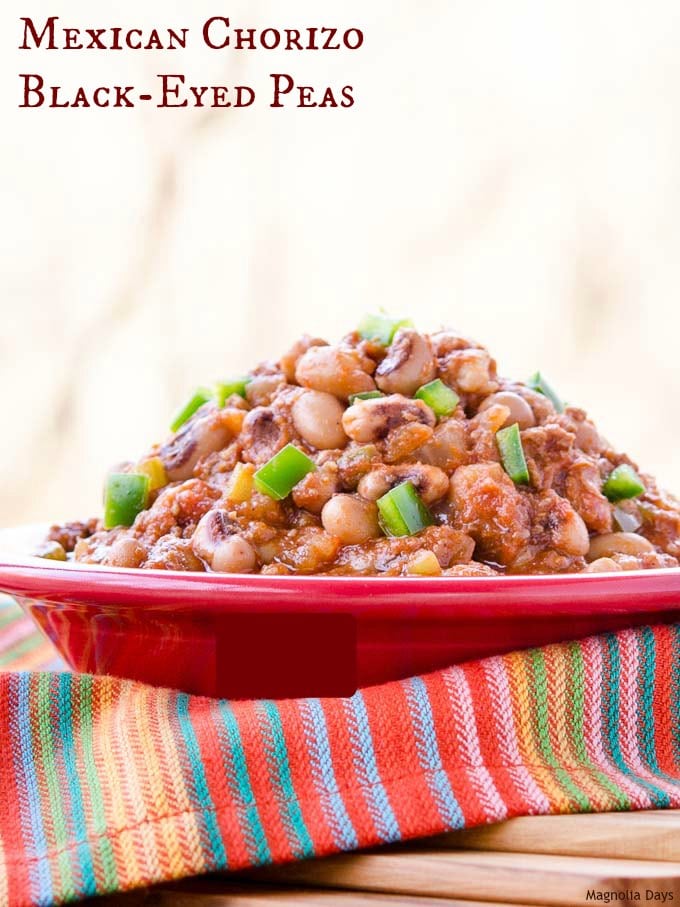 The second hour passed and it wasn’t done yet. I walked away to let it simmer for a while longer. There was no difference after the third hour. Three more hours later and I gave up. Yes, those darn peas were still hard after they simmered for six hours. Into the trash it went. Three more attempts and I finally had success with Mexican Chorizo Black-Eyed Peas.

I really was starting to wonder. I mean, I am southern and cooking dried beans is what we do. I’ve done it with ease plenty of times. At first I thought it was the peas. Maybe I got a terribly old package on the store shelf. I looked up black-eyed peas not getting soft. It seems to be a common issue. Yet after six hours? So I moved on to a different bean.

I just knew black beans would work. Nope. Four hours and they were not anywhere near soft. Then I switched to pintos. Any better? Oh no. It became very apparent I had discovered the secret mix of sauce that completely prevents dried beans from becoming soft. The sad part is all the chorizo I lost in the process. Anyway, for the fourth time I went another route. The peas would be cooked before adding them to the sauce. Success! 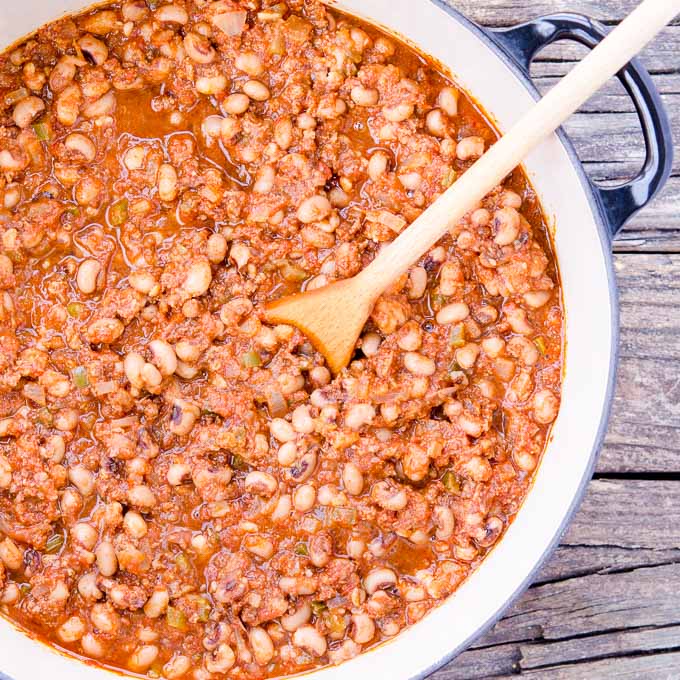 I cheated and used canned black-eyed peas. I knew, without a shadow of a doubt, they would be soft. You could cook dried ones plain and use them. Either way works. The point is giving regular old boring black-eyed peas a super tasty kick with chorizo, onion, garlic, jalapeños, and tomatoes. 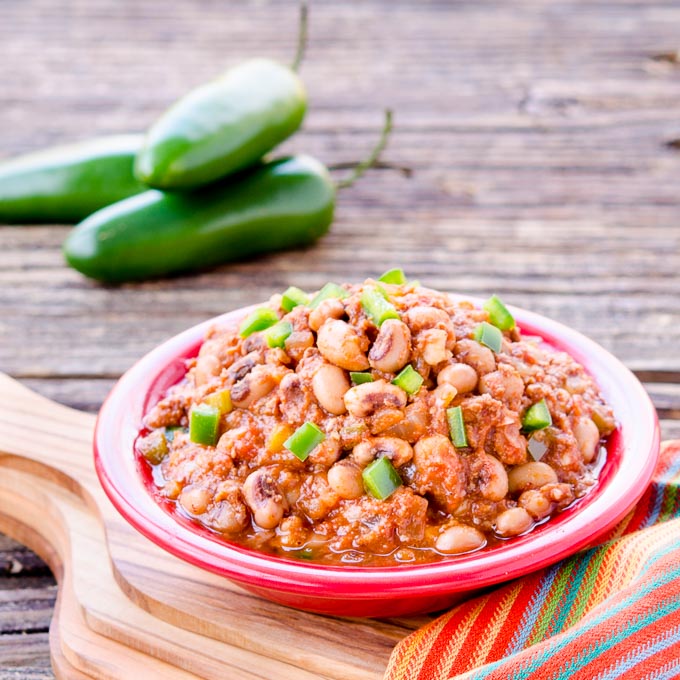 A few notes on the sauce. Or maybe only one. When you taste it right before you add the peas, you will probably do the same as me and dream about using it for other dishes. I can see a Mexican pasta dish of some sort. Be warned it may be a future recipe here. You could also substitute whatever beans you may think would work. Only caveat is they must be cooked separately. I swear they will never get soft if cooked with the sauce. 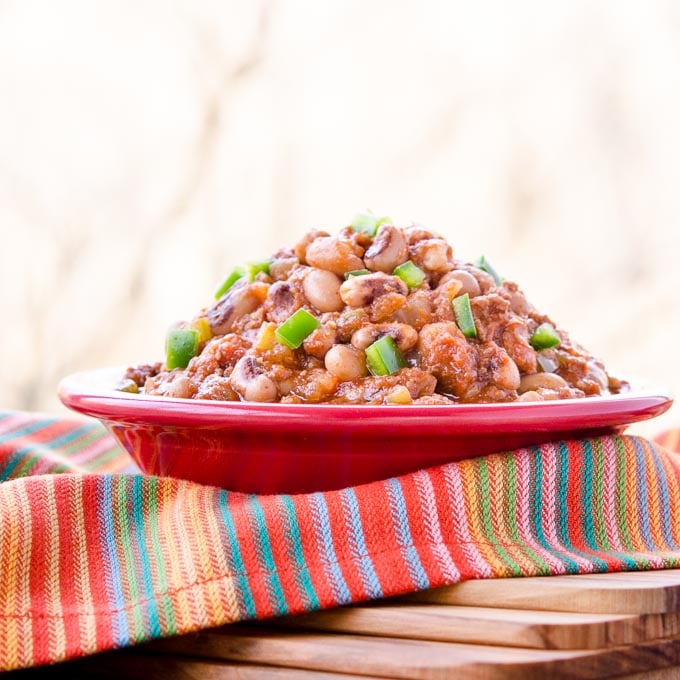 What are your favorite beans? Mine is a tie between Southern-style Pinto Beans and Butter Beans. Although Mexican Chorizo Black-Eyed Peas has nudged up pretty high up on my list. It’s no secret I thoroughly enjoy both sausage and spicy food. Another reason I may work the sauce into another recipe. Stay tuned… 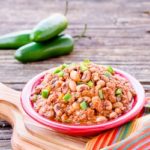 It's the acid in the tomatoes that prevents the beans from softening.

One of our favorite BBQ side dishes in the summer