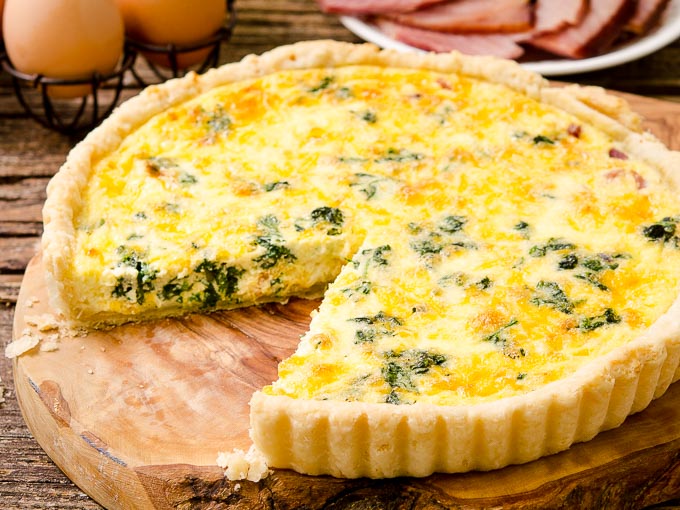 The last week had some wonderful surprises. It rained several days. We finally had a week when we didn’t have to run the irrigation system. Plus my plants perked up beautifully. Friends brought a giant bag of tomatoes from their garden. A co-worker gave us fresh eggs from their chickens. I had an immediate craving for Ham and Cheese Quiche with Spinach as soon as I saw those eggs. test

It’s been a while since I got fresh eggs. Our tomato-giving friends used to have chickens. I was spoiled because they would bring eggs to me often. One of the things I made with them was a Ham and Vegetable Frittata. Hmmm, ham with fresh eggs seems to be a pattern here. 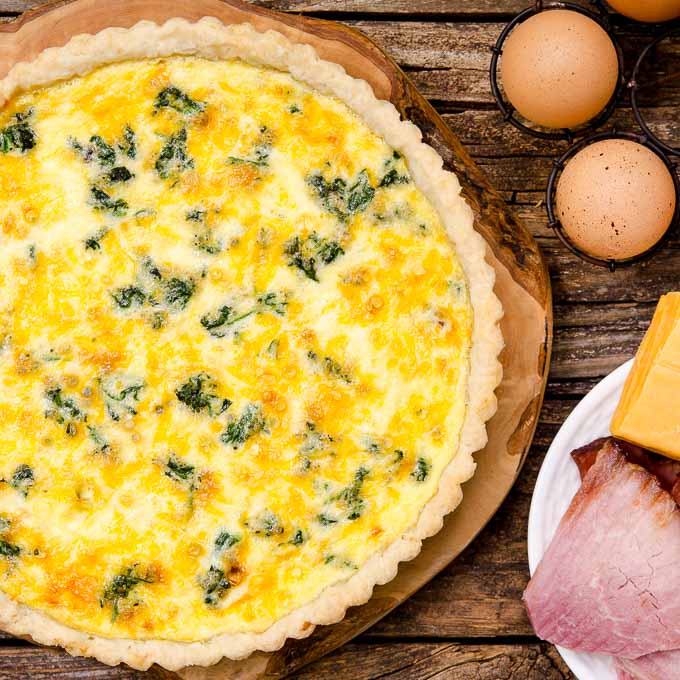 Quiche brought back old memories too. The first time I had quiche was back in the 80’s. We would go to this particular restaurant occasionally on Sunday. Quiche was on their brunch menu. Once I tried it I was hooked. Then I started making them, not from scratch though. I’d use frozen pie crusts and frozen quiche mix. Fast forward to now and it is from scratch all the way.

The right crust can elevate even the simplest quiche. I struggled for the longest time to make a good one. Julia Child to the rescue. I followed her detailed guidance in her “How to Cook” cookbook. The exception is I use lard instead of shortening. Lard is the bomb for pasty crusts. Trust me. Just give it a try and you will see. Oh and I use bleached all-purpose flour because it is softer than unbleached. 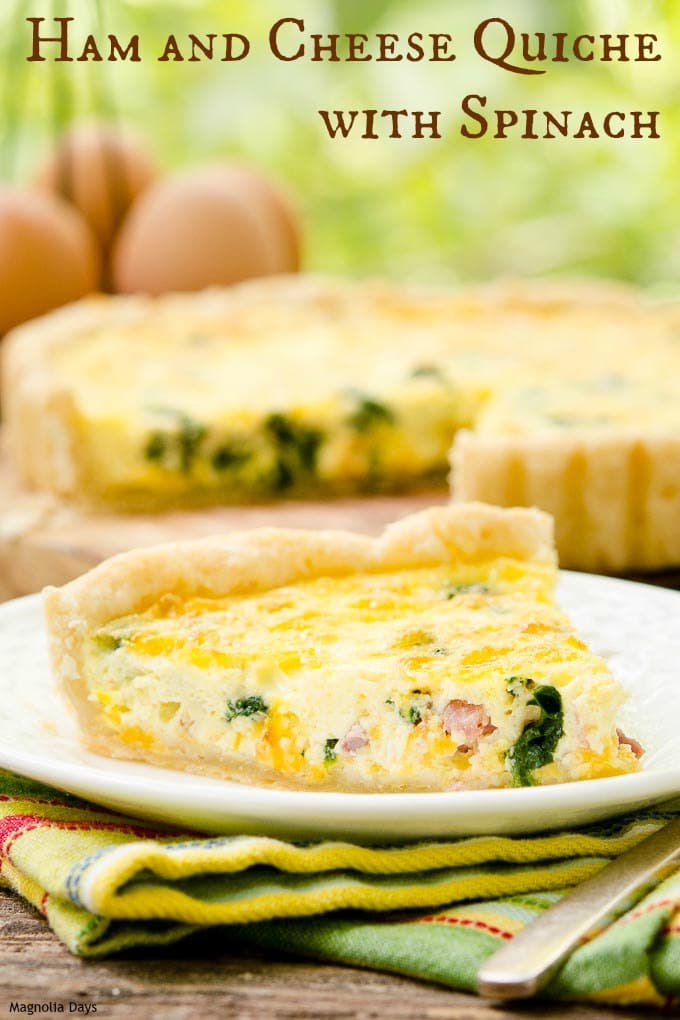 Ham and Cheese Quiche with Spinach takes a while to make. You’ll need to allow plenty of time for the crust making process. Of course there is always the option to use a store-bought crust. The quiche is great for brunch or as a light meal with a simple green salad. I even ate a slice for a mid-afternoon snack.

The past week also had some sadness. We lost a dear friend because of a major heart attack. The loss struck me hard. It made me realize I need make some changes. I’ve decided to slow things down with blogging and get to things I’ve put off for far too long. So for a while I’ll only post once a week. Then perhaps I’ll be back to the usual. Or not. We’ll see how it goes. Stay tuned… 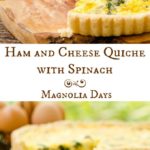 Ham and Cheese Quiche with Spinach

The quantities of flours are different because of the unique characteristics of each type of flour.

You can use a store-bought pie dough. Pre-bake as per the manufacturer's instructions.

Time stated is hands-on and does not include time for freezing butter, chilling crust dough, and cooling crust after baking.

Yum! Quiche is so good! I love making them!

I am so sorry about the loss of your friend, it sure does change the perspective of how we are living our lives. You will make the right choice, you are incredibly talented and inspirational! XXOO Nettie

I am so sorry about your friend. That makes us sit up straight and pay attention to priorities. Your reputation is solid. Use your time in the best way for YOU! Hugs to you, Renee.

Yummy! It looks so perfect!

I'm sorry for the loss of your friend. Blogging is remarkably time consuming and at times I wonder whether I should give it up and do the 101 things that I've put aside for the last 5 yrs between LiveJournal and blogging. Best of luck with whatever you decide.

Thanks for the kind words. It's a much needed change of pace for a while. We'll see what the future holds.