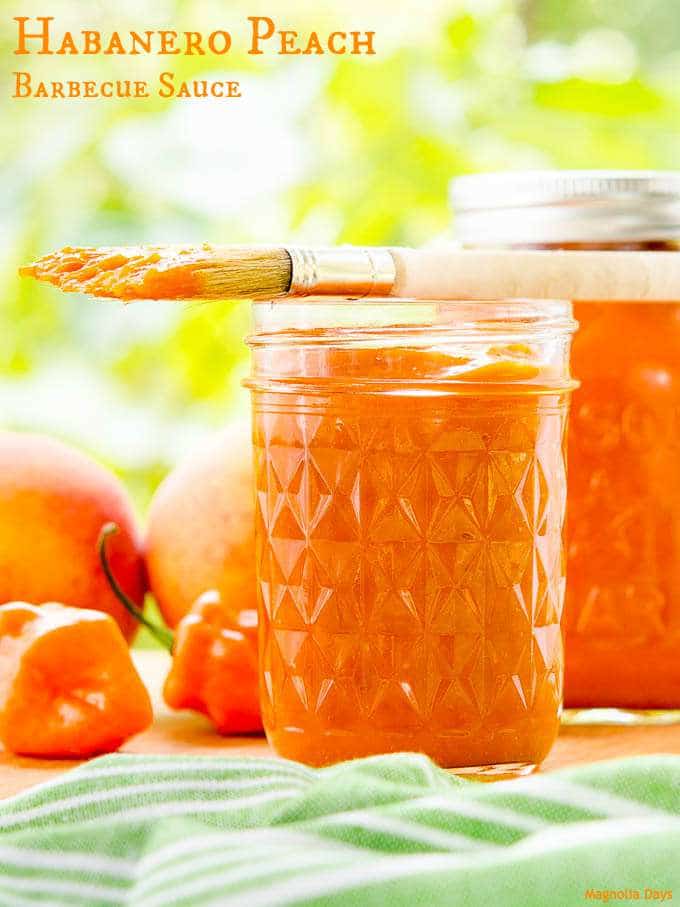 There they were on my kitchen counter. It was a little pop of orange against a black background. The question was what I was going to do with them. I bought them to use in another recipe. Yet I decided otherwise. So I pondered. Then it struck me to combine them with a couple of other cravings. That’s how Habanero Peach Barbecue Sauce happened.

First it started with those peppers. My original intention was to use them in Jalapeño Summer Squash Quick Bread. Actually it was to be a hot pepper squash bread with various peppers. Yet when I was going through the mix it seemed a bit much and I only used jalapeños. Now what to do with habaneros. 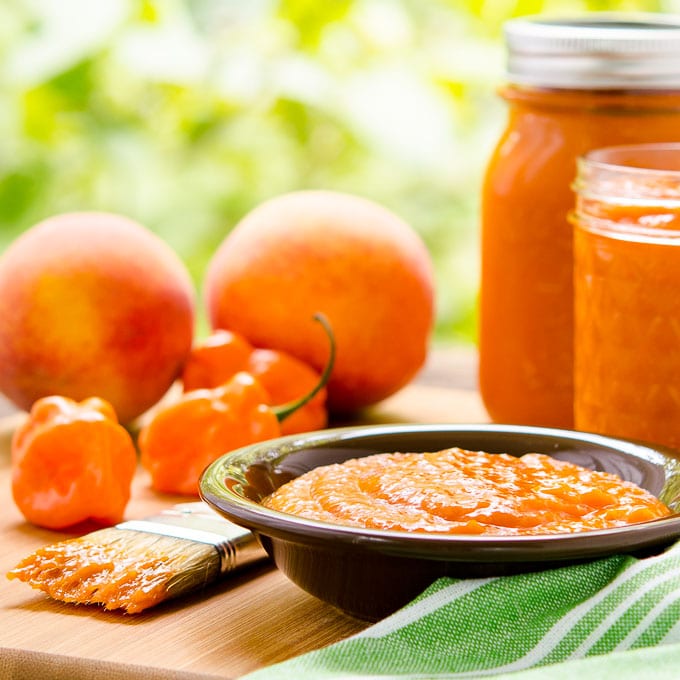 Then peaches entered in my thoughts. It’s such a fantastic year for Georgia Peaches. I can’t seem to get enough of them. I’ll really miss them when the season is done. Making peach salsa was an option. Then salsa led my mind toward sauce. That’s where my latest cravings for barbecue kicked in. Those cravings have been quite strong lately. A new sauce for grilling was the way to go.

What defines a sauce as a barbecue one? I wondered if it was a certain flavor profile or any sauce used for barbecuing. I’m going with the latter. I found so many variations I figured it was safe to classify this sauce as barbecue. 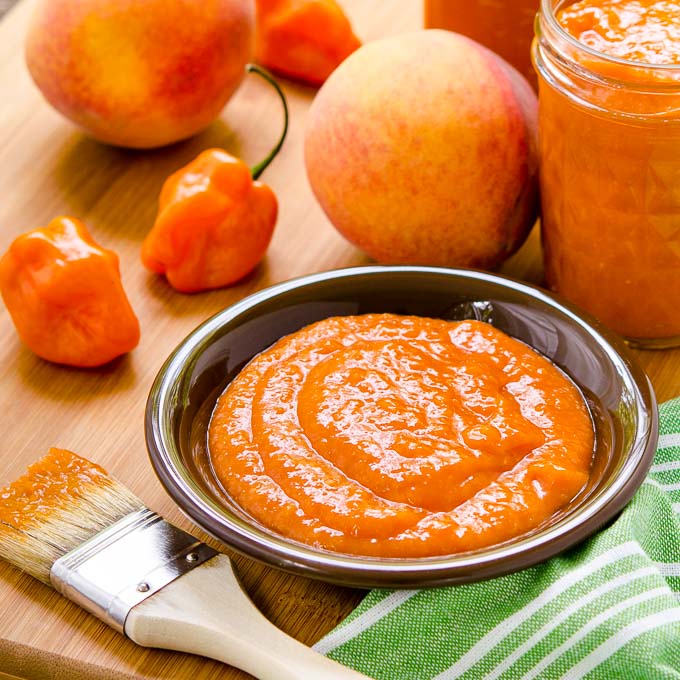 How is Habanero Peach Barbecue Sauce? It’s thick, rich, fruity, sweet, and has a subtle kick of heat. I only used two peppers so it would be a mild sauce. It’s easy to make it hotter by using more peppers or including the seeds in the mix. This sauce is fantastic with pork. Peaches and pork are a lovely combination (see my Pork Roast with Moscato Peach Sauce). It would also be nice for chicken and seafood. 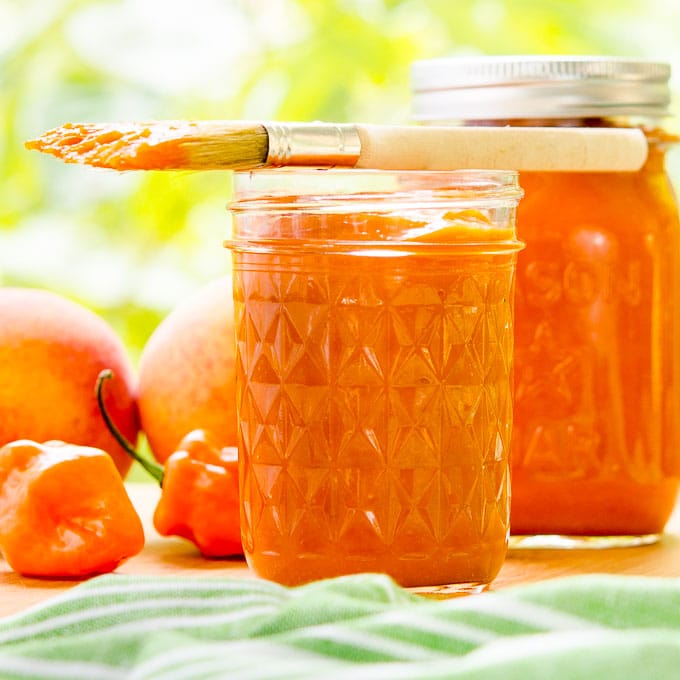 What is your favorite barbecue sauce? Have you made your own or use store-bought? This is the first homemade one for me. Technically it is semi-homemade since it is ketchup based. Next time I’ll have to venture into making one completely from scratch. And so another to-do and to-make gets added to my never-ending list.

Two habanero peppers makes a mild sauce. Use more peppers if a hotter sauce is desired. Use your judgement on how many additional peppers to use for your desired heat level.

How much does this make?

This was a hit in my house. Can this be frozen?

Although I have not personally frozen this sauce, I think it would work fine to freeze it. There's no dairy in it, which is what would normally be an issue for freezing.

I wonder how it would turn out smoked, let it simmer in a Dutch oven on the smoker while pork loins cooked ? Has anyone tried this?

I HAVE MADE THIS RECIPE 3 TIMES IN THE PAST MONTH...KEEP GIVING AWAY JARS. SO EASY TO MAKE, DELICIOUS SAUCE. I USED CANNED PEACHES AND THIS WORKED WELL.

Wonderful! So glad you enjoyed it!

Do you need to peel the peaches first? Or just skin and all?

Peel and chop the peaches first. Thanks for stopping by!