Sometimes, you need a fun book you can open on a Friday, continue on a Saturday, and finish up on a lazy Sunday afternoon.  These seven fun and relaxing books are great reads for the weekend. 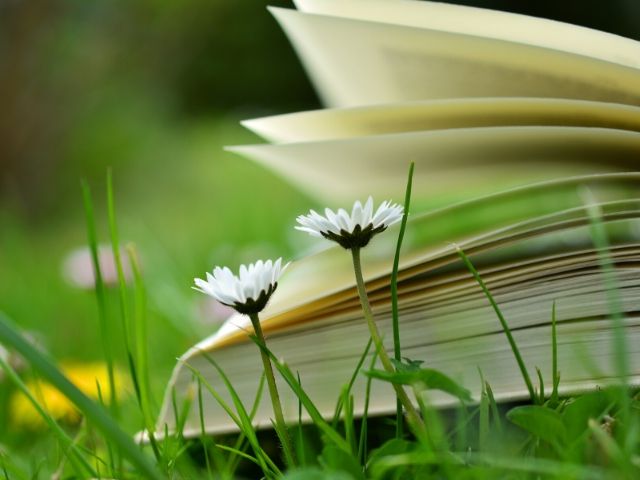 7 Great Reads for the Weekend

After a very long spell of reading mostly nonfiction, I’m diving back into fiction.  It’s a good feeling, kind of like getting back on a bicycle after years of not riding.  You think you won’t be able to ride as well, or as fast, but then it all comes back to you.  I hope you’ll come along with me!  To start out, I’ve picked some enjoyable reads that radiate good feelings and fun.

Pushing Her Luck by B. R. Maycock

Holly Caulfield has won the Irish National Lottery and sets in motion a plan to save the village of Abbeyglen. But who would have thought that giving money away could be so difficult?

With a resident’s association that’s clamouring for more and more money, an old lady who’s decided that a dream cruise is in her grasp and a couple who may not want that dream wedding after all, Holly’s finding it hard to keep it together!

With a new love interest and an ex-husband hot on her heels, it’s up to Holly to figure out what can truly make her happy.

Make Your Move by Laura Heffernan

At twenty-eight, Shannon has yet to fall in love. Which is fine, since she’d rather spend her evenings creating games than swiping right or going on awkward blind dates. Right now though, she has two little problems. First, she’s stuck for a new game idea. Second, the only candidate in her roommate search is Tyler, the gaming buddy who’s long had an unrequited crush on her.

It should be awkward. But when Tyler moves in, the situation doesn’t go at all the way Shannon expected. Between helping her deal with coworkers and fixing the bugs in her latest game, Tyler’s proving to be damn near perfect. Except for the fact that he’s falling for someone else. . .

Maybe Shannon has already forfeited her turn. Maybe she’s playing for nothing but heartache. But the best games have endings you can never predict…

Happy for You by Luci Beach

Every seven years, Ciara takes part in a study of happiness, together with a group of people born on the same day, including fun-loving Amelia and gorgeous, serious Max. Meeting at the ages of seven, fourteen and twenty-one, Ciara forms increasingly intense relationships. Until it all falls apart.

Then, before the next meeting at twenty-eight, Max comes back into Ciara’s life unexpectedly. Can Ciara ever be truly happy?

Laugh and cry with this funny, romantic, emotional and uplifting novel. First love, second chances, the study of happiness… a coming-of-age romance for fans of Paige Toon, Marian Keyes and Mhairi McFarlane.

After the amusement park Vanessa works for goes belly-up, she moves to Florida for a dream job as a manager at Destiny Park, the most elaborate theme park in the world.  In this glittering playground where nothing is as it seems and no one can be trusted, she meets Thomas—a charismatic union organizer who has just 30 days to convince his fellow employees to unionize.

When upper management decides to bust the union at any cost, Vanessa and Thomas must appear to be on opposite sides even as their magnetic attraction brings them closer and closer.  Will their smoldering feelings finally ignite and burn away the overwhelming obstacles to their happily-ever-after, or will it all explode like one of the nightly fireworks?

Spoiler alert: I wrote this one!  Yes, it’s my alter ego “Kate” Moseman, who writes when I’m not otherwise busy writing everything else (blog posts, cookbooks, etc.) as Katie Moseman.

Love to Prove You Wrong by Sophie-Leigh Robbins

For Addy, small-town life is just perfect. She’s about to expand her inn with ten new rooms and a petting zoo, and she’s helping the mayor’s son organize his wedding. If only her pet duck would stop escaping all the time, her days would be an absolute breeze.

But then Justin Miller shows up at Addy’s check-in desk. The guy went from small-town stud to lead actor in a popular series, and he’s behaving exactly like the celebrity he is. Smug grins, dimples to die for, and hordes of women chasing him all over town.

Addy has no intention of letting him in her life again—not after what happened in high school. So what if he keeps trying to prove he’s changed? No amount of helicopter rides and intimate outings will change the truth: Justin Miller is nothing but trouble.

The Magic of the Season by Tammy L. Grace

Madison hasn’t visited Silver Falls since she left the snowy mountain winters behind for the beaches of California twenty years ago. In the midst of the annual Christmas festival, an accident forces her to return and manage her mom’s candy business at the Sugar Shop.

Grant hasn’t seen her since she left for college, but remembers spending summers at the lake with the skinny, plain girl he and everyone used to know as Sugar. The contemporary advertising executive he encounters now is anything but plain.  Will Grant’s kindness, the charm of Silver Falls, and the caring community open Sugar’s heart to all she’s been missing?

Tomorrow is Christmas Day.  And in the last 48 hours Ebbie Scribner has: 1) Fired two of her trusted employees. 2) Defaced the office Christmas tree. 3) Completely blown it with the first man she’s really liked in the last ten years.  But it’s worth it, because she’s about to earn the promotion of a lifetime. Unfortunately, her former boss and mentor, Marley Jacobs, is determined to show her the error of her ways before midnight. Except Ebbie’s not about to let anyone get in her way—even Marley.  Especially since Marley is dead.

These all sound like great books! I haven't been able to sit down and read since Junior was born. I think I know what's going on my Holiday list.

The list of books you mentioned sounds really great read ones. I need to check it out. I read occasionally though as not much time to sit and read. May this weekend I will read some book.

I need to buy a few books for people on my holiday list and I think some of these might be perfect! Thanks for the suggestions.

Thanks for the list. My husband is the bookworm around here and he is always looking for new books to read. Will tel him about this.

Great list, I need to grab a few new books to read while traveling, I see a couple here that I like