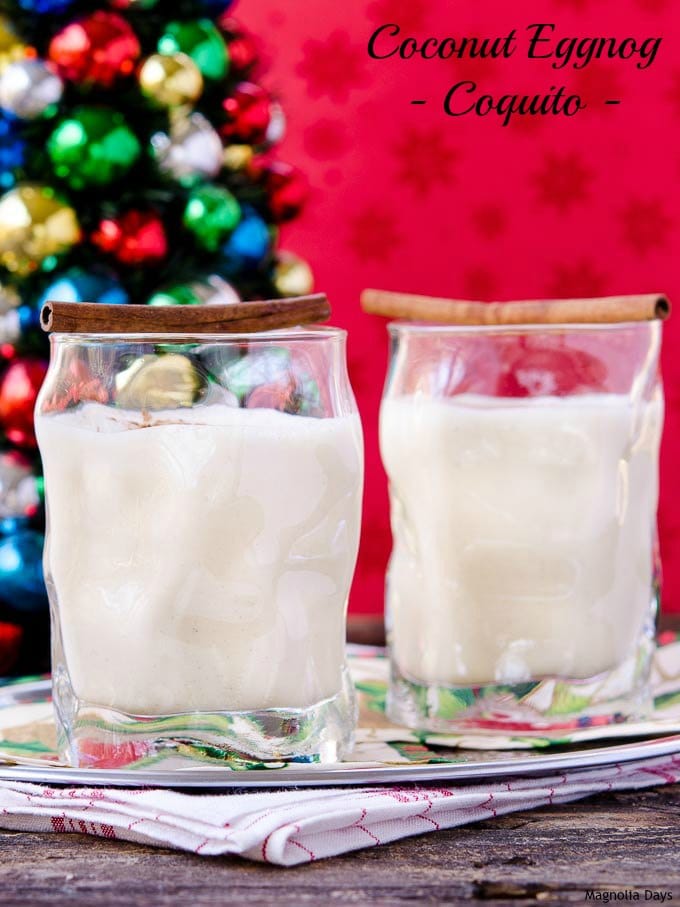 Why do the holidays make me crave creamy beverages? Any other time of the year I’m usually sipping on a vodka martini or wine. However, December would not be complete without splurging on some creamy goodness. This year I decided to put a spin on a classic and make Coconut Eggnog. Low and behold I discovered it is a popular Puerto Rican holiday cocktail called Coquito.

So much for my unique spin. I suppose a bunch of folks, especially in Puerto Rico, like creamy coconut flavored beverages. Or perhaps it is simply the time of year. Coconut seems to pop up a little more often around Christmas and Easter. Maybe the flakes are like snow in winter or whatever they are like in spring (pollen flakes? Um, has to be something else).

Anyway, back to the nog. Decadent is definitely the category for this beverage. It has three full-fat milk ingredients. Two from a cow and one from a drupe (what a coconut technically is yet it can be loosely classified as a fruit, nut, or seed). Evaporated milk, sweetened condensed milk, and coconut milk are the trio. Throw egg yolks, cinnamon, and nutmeg in the mix and that’s all there is to it. Well, plus alcohol. White rum is traditional for Coquito. I prefer brandy in eggnog. Some like mixing in bourbon. 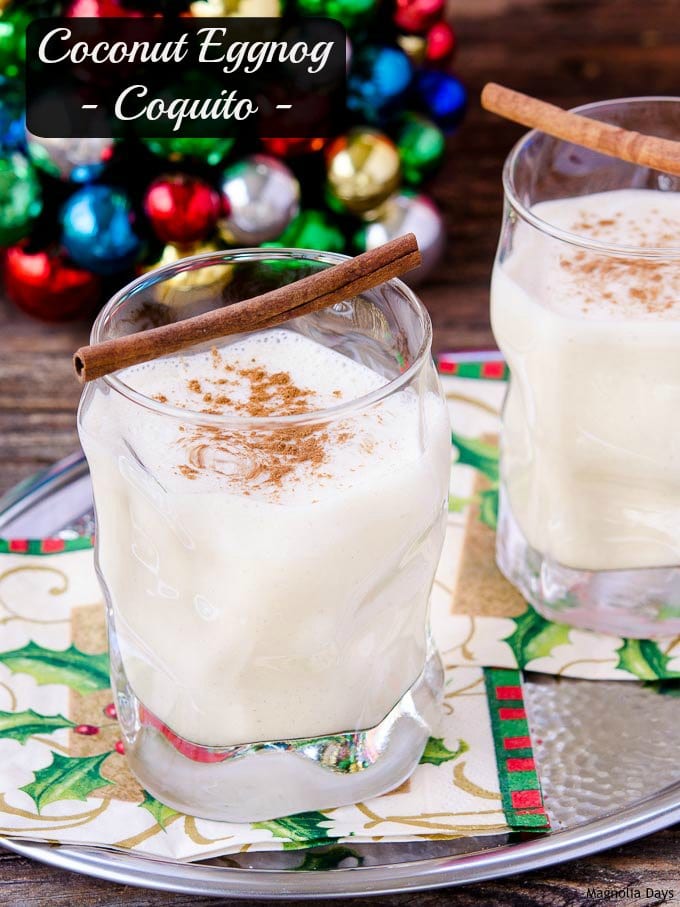 How to serve Coconut Eggnog? Put it in a big pitcher and set rum, brandy, bourbon, or whatever liquor or liqueur you think your guests would like next to it. A shaker of ground cinnamon to have for sprinkling on top would be nice. Have cinnamon sticks to use as cocktail stirrers. It’s a way everyone can make their own and have it non-alcoholic or spirited up as they prefer. 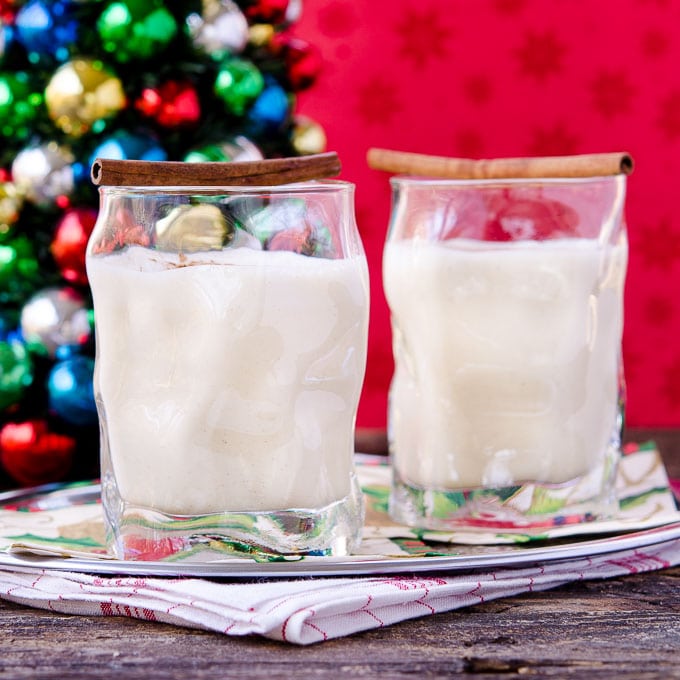 Do you really enjoy eggnog? I sure do. Not only do I like sipping it, I also use it in Eggnog Pound Cake and Eggnog Frozen Yogurt. There is also Eierlikör (German Egg Liqueur) and it is exquisite by itself or drizzled over ice cream or cake. 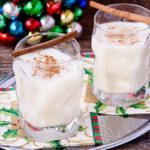 For serving (all optional):

Prep time does not include time for chilling prior to serving.

Recipe adapted from Puerto Rican Coquito on the Epicurious website.

We are going out for our tree this weekend. I would love a few thermoses to keep us warm.

June @ How to Philosophize with Cake

I'd heard about coquito before, but never made it. Maybe I'll try it this season! Your version looks scrumptious :)

I think I would like to try this version of eggnog!

My husband said it is like sipping on coconut cream pie.