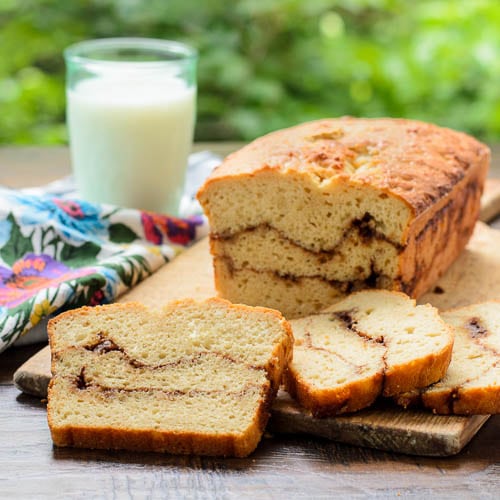 A craving was sparked with a recent group event. A couple of the swirly Bundt-A-Month recipes featured a cinnamon pecan swirl that called out to me. The mere sight of the intense cinnamon inside the cakes distracted me. The only way to get it out of my system was to bake something to satisfy the craving. Only what to bake was the question. It was soon answered with the discovery of a cinnamon swirl quick bread and the arrival of a large package.

The large package was heavy and cool. It was filled with ice packs keeping containers of yogurt chilled. The nice folks at Chobani had sent a variety pack. They spotted my Orange Blueberry Yogurt Bundt Cake and thought I might enjoy their products. Well, as it turns out, Chobani Greek yogurt is the only yogurt I have purchased in years. I eat yogurt as a snack almost every day. I bake with it often too. You can only imagine how thrilled I was with the package.

Cinnamon Swirl Quick Bread is dense and moist. It is probably one of the moistest quick breads I have ever made. I attribute it to the combination of Greek yogurt and butter. The bread is separated with intense cinnamon layers. Add more to the mix if you want to bump up the intensity. Toasting a slice would give an additional crunch. Microwaving a slice for a few seconds will warm it and release more of the heavenly cinnamon aroma. 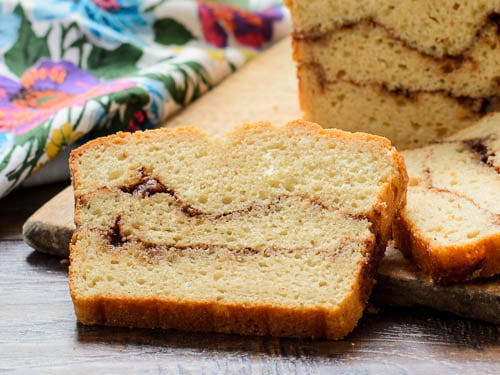 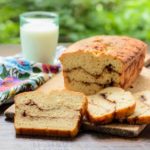 Recipe inspired by one on the Naturally Ella website.

Disclosure: I received a variety pack of Greek yogurt from Chobani at no charge. I was under no obligation to give a review, positive or otherwise. All opinions are my own unless otherwise stated or contained within a guest post.

One word, Renee! Yum! I am not a bread maker, but I can certainly give this quick bread recipe a try! Gorgeous swirl! Thinking some butter slathered on this bread would be heavenly! So glad my bundt could spark such a beautiful bread!

Quick breads are so easy. If you can bake a cake or muffins, you can do this bread. Butter slathered on it would be really decadent. I might do that after toasting a slice.

I love to bake with yogurt too, in general yogurt rocks. Renee I am fascinated by your cinnamon swirl bread. Could I have a slice please? =D

Sure thing Helene, I'll save a slice for you.

You are speaking my language! And, ironically, I have a cinnamon swirl loaf recipe pinned to make this weekend. :)

Congratulations on the package from Chobani, Renee. Your baked goods always look scrumptious and this cinnamon swirl bread is no exception =)

Thanks Kim! I sure was happy to get the package from Chobani. It's such great yogurt.

This bread looks wonderful. I love breads made with yogurt! Thanks for sharing.